Workers in Contra Costa County form a Coalition and Win Big Together! 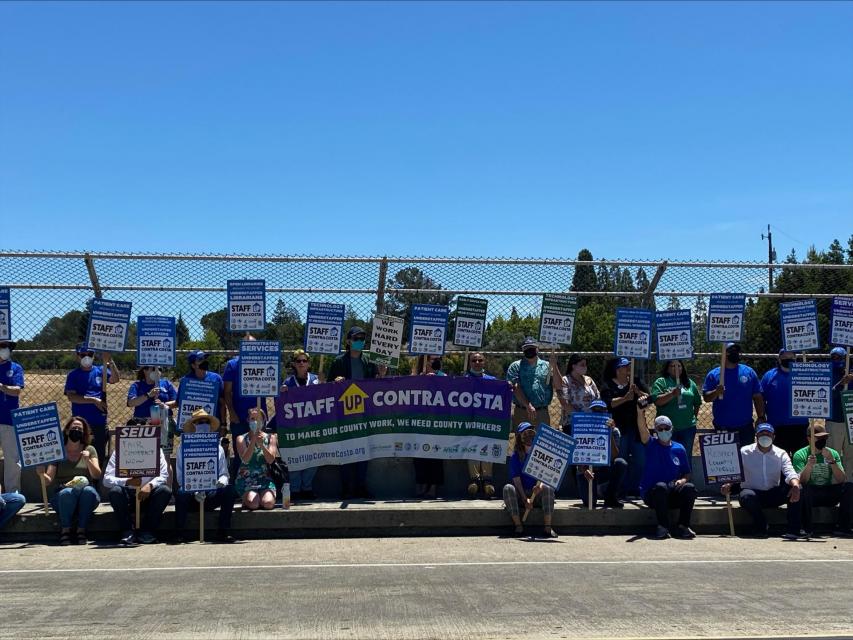 Workers in nine Contra Costa County unions recently formed a coalition to bargain a new contract with the County. The goal was a fair contract and a solution to the understaffing crisis that left workers burnt out and overworked and left the County unable to deliver valuable services to its residents. After months of bargaining, including massive rallies, public comment at Board of Supervisors meetings, visits to the Supervisors themselves, and a big public campaign which included a website with videos featuring members across the county, the workers won their contract, and, last week, the Board of Supervisors approved it!

The new four-year contract includes Cost of Living Allowances of 5% per year, for a total 20% increase over the term of the deal, a new compensation study to study what workers in all nine Bay Area counties make, a Pandemic Service Relief payment of up to $2,500 for full-time workers, a new observed holiday for Juneteenth, increased bilingual pay, improved contract language around preventing discrimination, and much more. When it came time to vote, both the Service Line Supervisors chapter and the Rank and File chapter voted by more than 90% to accept the deal. 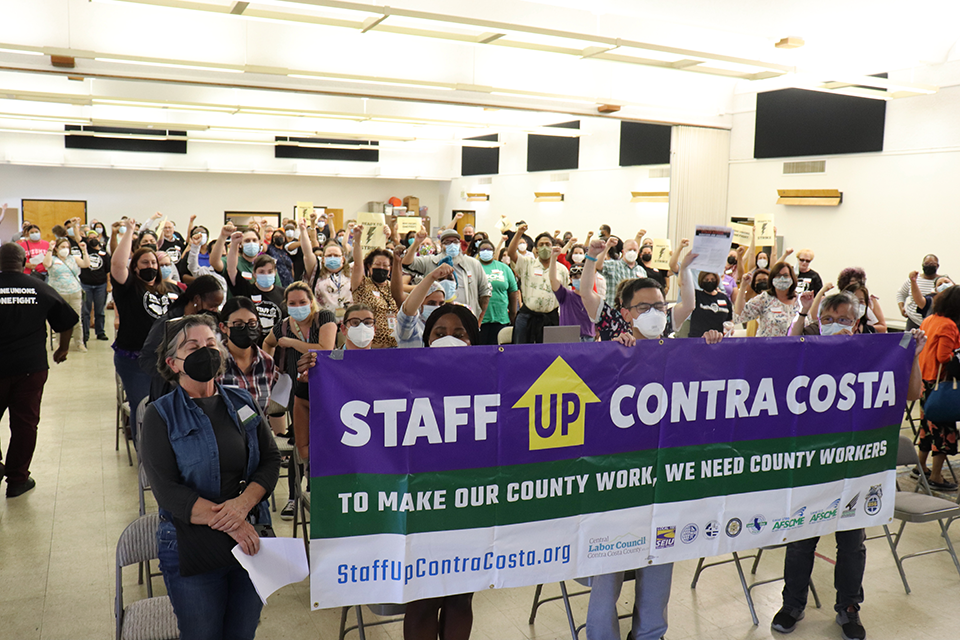 Angelene Musawwir is a forensic social worker who works on behalf of adult and juvenile clients who have a public defender. She’s been with the County since 2005, and serves as the Service Line Supervisors’ chapter’s Chief Shop Steward. This was her first time serving on the bargaining team, and she said, “It was a huge learning experience! I had no idea how much went into negotiating a contract. In the end, we got what everybody seems to agree is a pretty good deal!”

Sandra Wall is a Social Service Program Assistant. She’s been with the County for 24 years, and is the president of the Rank and File Chapter, and a member of the SEIU 1021 Executive Board. She said, “I feel good about the contract. We are still struggling through this pandemic, but I believe this is a good deal for Contra Costa County. While we usually wouldn’t want to lock ourselves into such a long contract, we believed that with the way the economy is trending at the moment, four years from now, 5% will still be fair for us and good for the County.” 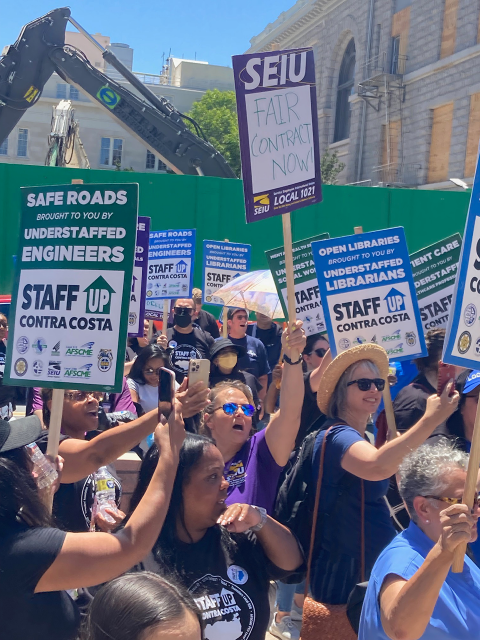 Both of these members are confident that the new contract is just the beginning. Wall said, “When I started with the County, 24 years ago, Contra Costa County was the place to work. Our plan is to turn things around and make it a destination employer again. For years, we’ve been what I call a training county, a place for people to build skills and experience and move on to make more. We’ve been losing a lot of workers to Alameda County and Solano and San Francisco, and we’re going to put a stop to that.”

Wall concluded, “There’s power in numbers. There is strength in a coalition like the one we worked in. I hope that we continue that here, and that other 1021 chapters will consider working in coalition when they share an employer, because when we come together like that, we can get great results.”

Musawwir agreed: “We’re not stopping here. I learned a lot about the experience of getting other union members to participate in union activities, and how important it is to get constant communication, to let them know what’s coming up, when the meetings are, and what trainings are available. There’s a lot of work for us to do as union members, so the more people we can get involved, the better. We get better ideas when we pull from a bigger talent pool!”