Two for two: Miller and Pacheco win 2021 CalPERS Board of Administration race 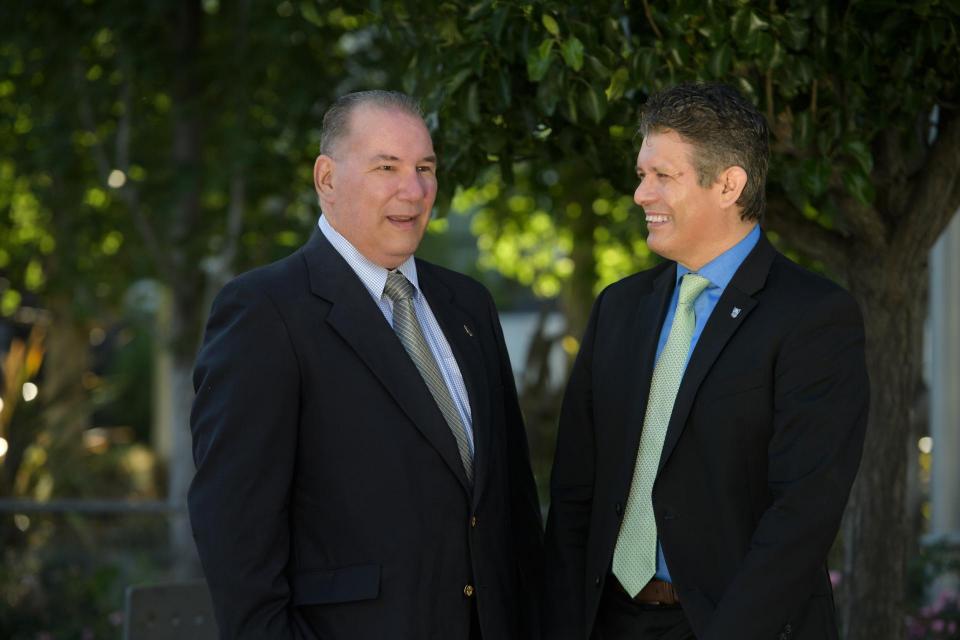 Victory! SEIU Local 1021, along with firefighters, teachers, health care workers, and the rest of the California labor movement, successfully led the effort to re-elect David Miller and elect Jose Luis Pacheco to the California Public Employees’ Retirement System (CalPERS) Board. At stake during the race for the Board of Administration were the hard-earned retirement savings and the health care benefits of its over two million members.

Miller is an environmental scientist at the California Department of Toxic Substances Control with over 31 years of CalPERS covered service. He has been a Member-at-Large representative on the CalPERS Board since 2018.

Pacheco is a SharePoint developer & administrator with the San Jose-Evergreen Community College District with nearly six years of CalPERS covered service. He is the Board of Directors’ vice-chair for the Santa Clara County Federal Credit Union and president of California School Employees Association, Chapter 363.

“Simply put, David Miller and Jose Luis Pacheco were clearly the pro-employee and pro-retiree candidates in the race. Time and time again, both Miller and Pacheco committed to defending hard-earned pension plans against right-wing ideological attacks. We stressed to our fellow members that we had to remain vigilant about who serves on the CalPERS Board throughout the election. Our well-earned, hard-fought retirement security and health care benefits were at stake. We could risk going back to the nineties during the Governor Pete Wilson era. Having Miller and Pacheco on the CalPERS Board means that California’s public workers will have two more voices fighting on behalf of them,” said Cynthia Landry, the chair of the SEIU Local 1021 Retirement Security Committee.

“I am thrilled that we managed to re-elect Miller and elect Pacheco to the CalPERS Board. Both Miller and Pacheco come from a labor background and are deeply concerned about workers’ rights. Their campaign was about giving workers a voice on the Board and not being concerned with the profits a company makes off the backs of its workers. Miller and Pacheco come from labor, were supported by labor, and know the labor struggles that California’s public workers face. Having Miller and Pacheco on the Board means we have two more Board members who will fight for public workers to retire with dignity and respect after putting in many years of hard work,” said Peter Albert, the chair of the SEIU Local 1021 Retiree Council and president of the SEIU Local 1021 Alameda County Retired Employees Retiree Chapter.

In a press release after election results were announced, Pacheco said spoke about the trust member-voters put in him:

“More than two million employees and retirees count on the CalPERS Board of Administration to maintain California’s promise of a secure and dignified retirement for those who have dedicated their careers to public service. I am honored that my fellow CalPERS members have selected me to safeguard and grow their retirement investment as the newest member of that Board.”