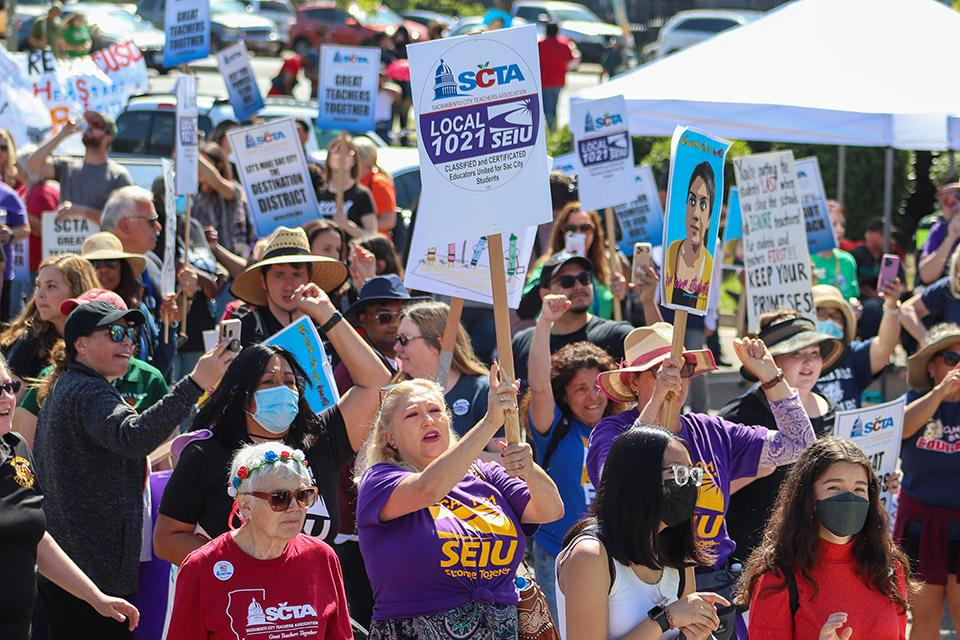 The agreement, which must be approved by the SCUSD Board of Education, contains significant victories, including:

There will be a wage reopener for the 2022-23 school year, which also gives a new opportunity to make improvements to pay. Many SCUSD classified workers barely make above minimum wage, even after decades of service, which has contributed to a staffing crisis that is preventing students from getting the education they deserve and making the workload untenable for the staff who have stayed.

“We are proud of the agreement we were able to reach, though we still wish this administration had not forced us to strike to get some basic respect and dignity on the job,” said SEIU 1021 SCUSD Chapter President Karla Faucett. “Classified staff keep our schools running, yet our work is so undervalued, including by this administration and school board. We are grateful for how the community, including parents, elected officials, and educators, rallied around us throughout the strike. We’ve finally raised awareness of the difficult conditions and low pay that the District’s frontline workers have been enduring for many years.”

Next, the Sacramento City Unified School District will begin addressing penalties it received for lost instructional time during the strike and balancing its budget to ensure it can meet its financial obligations in the upcoming fiscal years.

“While we are glad that this agreement will be providing some much-needed and deserved financial relief, this is far from over,” said Faucett. “One-time stipends definitely help in the short term, but this District can and must bring up the wages of its lowest-paid workers if it wants to make sure kids get to school on time, have hot meals, learn in clean facilities, and get the individual support they need. We look forward to upcoming opportunities through the class and compensation study and wage reopener to make working for this District sustainable for its current employees and attractive to new ones.”