Momentum grows as Starbucks workers across the US get organized 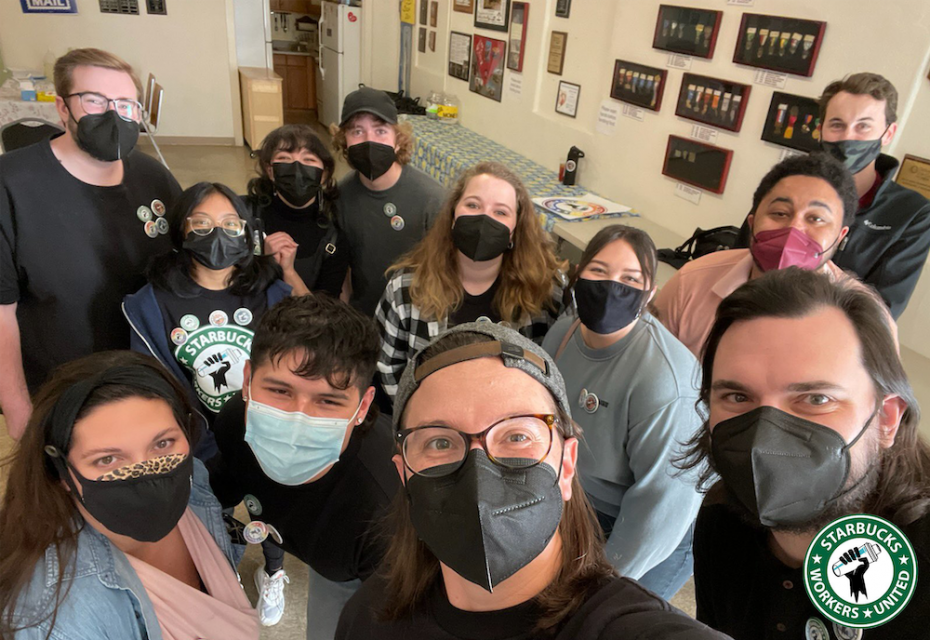 In recent months, momentum has been growing among workers at Starbucks locations across the country who are fired up and fighting for a union to have a stronger voice at work.

Last December, two stores in Buffalo, NY voted to join Workers United, an affiliate of SEIU. Once the spark was set, dozens followed immediately—over 100 stores in over 25 states have now petitioned the National Labor Relations Board to conduct elections that would allow them to form unions. Now, another store in Mesa, Arizona has won union representation and it would appear that we can expect more to follow.

“This is another historic moment for Starbucks partners and service industry workers across the country,” Michelle Hejduk, a shift supervisor at the Mesa store, said in a statement reported by the New York Times. “This movement started in Buffalo, and we’ve now brought it across the country.”

A number of core issues appear to be the catalyst for the organizing now sweeping stores nationwide: lack of pandemic safety, unlivable pay, short staffing, inadequate training, and arbitrary enforcement of some store policies. The company has also been accused of racism by workers citing the lack of advancement opportunities for workers of color, the store’s ban on Black Lives Matter buttons in the wake of George Floyd’s murder, and the company’s role in gentrification.

Starbucks, who made $4 billion in profits last fiscal year, has hired the law firm Littler Mendelson, one of the most notorious union-busting outfits in the country, to run their anti-union campaign.

Thus far, workers have faced an all-out union-busting effort from Starbucks. The company’s campaign has included mandatory anti-union group and individual meetings (including with Howard Schultz, former Chairman and CEO of the company), frequent store visits by company executives, and worse. They’ve added a barrage of new hires at stores who have filed for elections in an attempt to dilute the number of pro-union votes, and have cut the hours and even fired workers who are active in the organizing drives. This includes firing seven employees at a store in Memphis.

“The organizing wildfire that is sweeping Starbucks across the nation is yet another example of workers across the country continuing to stand up and speak out in adamant and direct resistance to corporate greed. We see the same spirit from parents, teachers, staff, and students refusing to allow school closures go unanswered; as well as workers striking to protect their rights and improve their lives at places like the California College of the Arts,” said Jennifer Esteen, SEIU 1021’s Vice President of Organizing. ”

Jennifer continued, “The widening divide between wealthy billionaires, the corporations they own and control, and the rest of us has become untenable. That’s why at our union’s convention last year, delegates voted overwhelmingly to reaffirm our commitment to fight for Unions for All. Working people are becoming more and more willing to take a stand and say ‘enough is enough!’ SEIU 1021 is proud to stand with Starbucks workers and workers everywhere who are fighting for a seat at the table and a voice on the job.”

If you’re on Twitter, you can take action to support these workers by clicking here to tweet at Starbucks and tell them to reinstate the Memphis workers they fired.