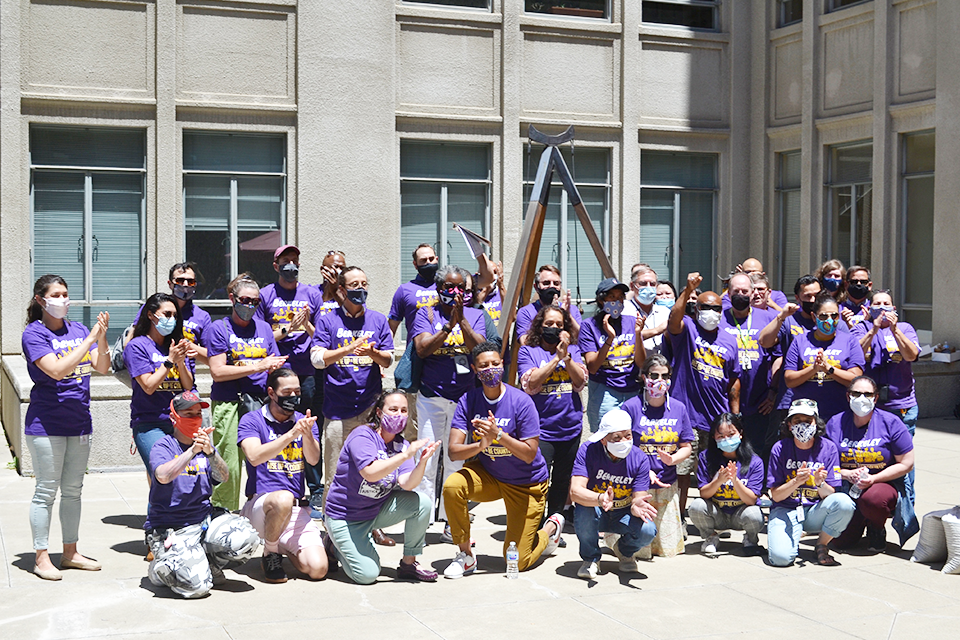 City of Berkeley workers in the Community Services and Part-Time Recreation Leaders Association chapter tried a bold new strategy for negotiating their new contract, and used it to build unity and win a good contract, comparable to their SEIU 1021 siblings in Clerical and Maintenance. The strategy is called “open bargaining,” and it seeks to involve every member throughout the fight for a contract. The elected bargaining team surveyed the members to find out their issues, had consistent meetings with the members to keep them informed and engaged in the process, rallied outside City Hall, and brought members to bargaining sessions with the City.

The new three-year contract includes a 7% Cost of Living Adjustment (COLA), with 3% in year one, 3% in year two, and 1% in year three, and a $1,000 bonus payment for those workers who do not receive benefits. The contract also addresses an unfair pension system, in which new hires were paying more than workers who had been hired earlier. The discrepancy in payments will be phased out over three years. The contract also includes major improvements for the recreation workers, including being paid for any cancelled shifts that were not noticed by 9:30 p.m. the previous day.

This new contract is comparable to the Maintenance and Clerical group’s contract, which included an 8% COLA over three years, and a six-year solution to the inequitable pension contributions.

“There were two main highlights for me. First were the wins we got for part-time recreation workers. These workers are some of the most vulnerable in the city: they are at-will employees, without just cause protections, and they don’t have healthcare. We won advance notice for their shift cancellations so that now the City will have to cancel their shifts and notify the worker by 9:30 the night before the shift, or pay the worker for their shift. Before that, some of them would come all the way in, fighting traffic and commuting, just to get their shift cancelled with no pay at the last minute because it was raining or something. Second, we won a more equitable pension system. Because of a law passed a few years ago, new employees were paying much more into their pensions than the workers who had been hired earlier. Given the high costs of living in the Bay Area, these inequitable payments were weighing on a lot of workers. It was a significant burden to lose that much. Now, these extra payments will be phased out over a three-year period, which is much better than the six-year period the City wanted.

We had to fight for everything we got, because it seemed, unfortunately, like City Council didn’t care about the issues that were important to us. We wanted to make a difference on a lot of issues, from climate change to our vacancy rate and improved work-from-home policies, but the City didn’t want to engage with us or even entertain those issues.

It was one of the hardest things I’ve ever had to do, but it was one of the most rewarding. Getting to know my co-workers and getting to know their struggles was very rewarding, and it was amazing to see our members having the bargaining team’s back. In one meeting we had with the City, we had more than 100 members at one time in the room with us, and having that power behind us meant a lot and definitely helped us win.”