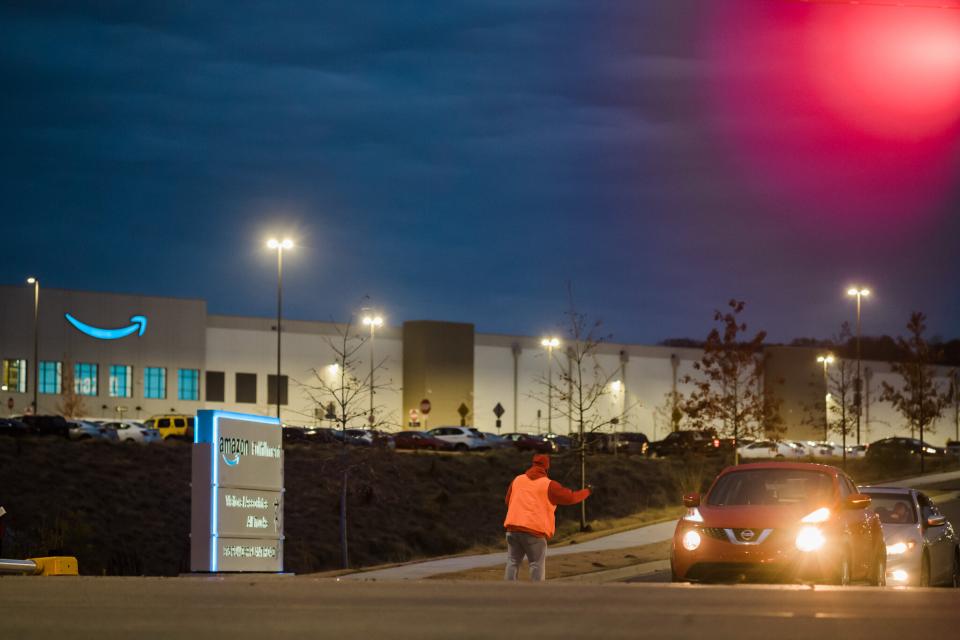 In a blow to Amazon, a company that saw $386.064 billion in its revenue last year, and a victory for workers, the National Labor Relations Board (NLRB) has ruled that the multinational corporation violated U.S. labor law while waging an aggressive anti-unionization campaign against warehouse workers earlier this year in Bessemer, Alabama. The news comes after the Progressive International helped mobilize Amazon workers and allies worldwide under the banner “Make Amazon Pay” in the lead up to Black Friday. It comes after the International Brotherhood of Teamsters had made it a priority to unionize Amazon workers. In June, the Teamsters Union authorized a sweeping plan to organize Amazon workers at its convention.

The unionization effort, known as BAmazon Union, is an organizing campaign of the Mid-South Council of the Retail, Wholesale and Department Store Union (RWDSU). While the first vote to unionize the facility, known as BHM1, failed in April, the opportunity to fight for workers to come together and organize will come again. After the April vote, the RWDSU filed objections to the conduct of Amazon during the union election, with the NLRB charging that Amazon interfered with the right of its employees to vote in a free and fair election. The objections kicked off a protracted legal battle with months of hearings examining the lead-up to the vote.

Now, the RWDSU will have the opportunity to run another election at BHM1. With an increase in labor movement militancy over the course of Striketober and Strikesgiving, the second chance to combat Amazon’s horrific workplace conditions has to be seized. Jennifer Esteen, the Vice President of Organizing for SEIU Local 1021, speaks about how RWDSU and Amazon workers got to this point and the broader implications for the labor movement:

“When workers come together to form a union, they win dignity and respect at work. The boss will do everything in its power to prevent that from happening, including interfering with the right to vote in a free and fair union election. We have to look at the facts of the case here. Amazon employed several illegal or unethical tactics to intimidate workers including: 1) surveillance; 2) electioneering; 3) coercion; 4) ballot harvesting; 5) threatening to lay off workers and close the facility; and 6) endangering the loss of pay and benefits.

What Amazon fears most is its workers. Without its workers, Amazon would be nothing. Jeff Bezos, Andy Jassy, and the other company executives wouldn’t be billionaires without the labor that workers put in every day. Workers fighting for a voice and fair treatment in the workplace is a threat to the profit margins of Amazon. However, what does a voice, receiving fair treatment on the job, and being treated with dignity and respect get workers?

It gets them a workplace free of intimidation, manipulation, and fear. That’s what a union is all about. Having the chance to finally have a right to fair representation, the ability to empower yourself and your coworkers, a seat at the table, and a real chance to fix the litany of issues that workers know all too well at Amazon. The NLRB might have given the order for a redo and a second election; however, it is the workers themselves who have continued to organize after April’s vote to whom this victory and encouraging development belongs to.

Labor has gone up against titans in the past, UPS, General Electric, The Home Depot, Kroger, and more. Amazon is no different. We will win. Be it in this election or at the next facility.”