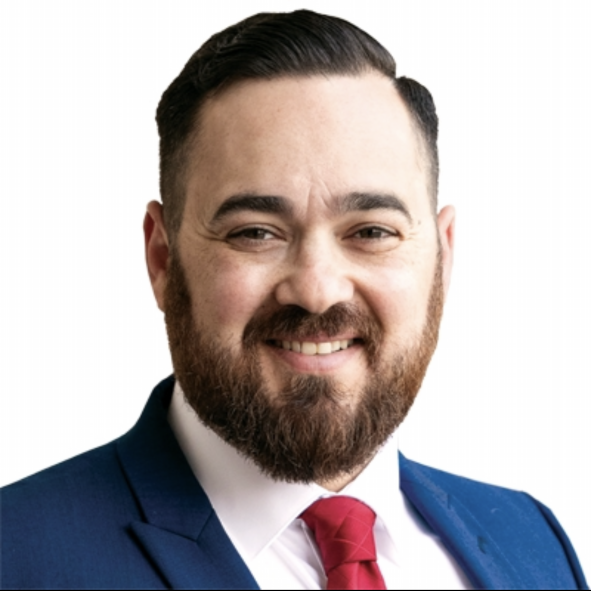 It is often said that we, as public-sector workers, elect our bosses. Having pro-labor candidates run for and win public office is vital, particularly when it comes time for contract negotiations. Who sits across from us at the bargaining table can dramatically change the dynamics of our contract. That is why when someone sitting across from the bargaining team not only has a pro-labor platform but is a union member; it makes all the difference. Enter Sol Jobrack: An SEIU Local 1021 member formally working at the San Joaquin County Assessor-Recorder’s Office and now works at the San Joaquin County Community Development Department and has served as a Stockton City Council Member since being elected in 2018, now running for re-election to a second four-year term.

“I think it’s huge,” Sol Jobrack said when asked about how his experience as an SEIU 1021 member informs his work as a public official. “My experiences not only as a government employee but a dues-paying member of SEIU Local 1021 have given me that inside perspective of what it is like to be on the outside. Before being elected to office, having been on one side of the table previously, I can use that experience as a city council member. I can understand what it is like to be in the middle of a contract negotiation and want to be treated the right way with dignity and respect. Having that experience on the other side as a union member and now being a council member gives me the sole understanding that it’s not as easy as saying ‘no’ to a counter-proposal. It is about building working relationships and trust between employee and employer.”

Raised in Stockton, Jobrack graduated from Bear Creek High School, where he played baseball, football, and wrestled. Growing up in Stockton, Jobrack’s life was enriched by his hometown community, where he was active in church and volunteered with the neighborhood little league baseball organization.

When asked about the fight for better working conditions, hiring incentives, and staffing up vital departments that local governments offer, Jobrack brings up the issue of cost-of-living adjustments. “If the City of Stockton really wants to stand out from other cities, we have to be able to compete from a wage standpoint,” continued Jobrack. “I see that being a member of SEIU Local 1021 when we’re not competitive with other counties and cities, whether it was my previous job at the Assessor-Recorder’s Office or my current job at the Community Development Department, you have a harder time recruiting. You have a harder time keeping staff here long term. That is what leads to a severe understaffing crisis.”

Following graduation from Bear Creek High School, Jobrack attended San Joaquin Delta College, where he graduated with a degree in General Education. Looking to further his education, Jobrack enrolled in San Jose State University to pursue a degree in Political Science with a minor in Public Relations.

Despite several turbulent, politically-continuous years at the federal level, Jobrack understands that, when it comes to community-level governing, it is about building a welcoming and safe community and fighting for what is right. That was his mindset when he ran for public office for the first time in 2018. “A lot of the conversations I had early on was, could I be that person? I’ve grown up here all my life, and you’re not going to be able to own a house or rent an apartment making $12 per hour. That’s not going to happen. So, getting back to that mentality of when you care for people and treat them right, they benefit, and you benefit as a community. So, that’s been a big belief of mine, and it has really driven me. It’s not about partisanship, especially at this level. It’s really about just having people who have a heart and want to make sure that our city doesn’t go back into bankruptcy and being someone who wants to take care of your folks and your community.”

“Because there are many tools, people can use to improve their lives. They don’t even realize that they can use and make their immediate areas and their community better. For example, we have an app called ‘Build Stockton,’ where people will complain, ‘Oh, there’s garbage here. There’s graffiti there.’ If people are actively involved when they’re engaged, they can literally go on to this app, report it, and usually, within forty-eight hours, it’s cleaned up. I must rely on community members wanting to be involved and communicate their concerns. As much as I want to be able to be everywhere and anywhere and reach out to every person in my district, it’s just not realistic.”

Jobrack currently serves on the Stockton City Council, where he values his relationships with his fellow council members and constituents. Jobrack takes great pride in his North Stockton community and has promoted initiatives that keep our families safe and clean our neighborhoods of garbage and graffiti.

“Being a dues-paying member of SEIU 1021 for the last five years has given me a very interesting perspective not just on the city council but just in life. It also helps to surround yourself with people who are involved in unions. My wife is a school teacher, and her father was a Teamster. My best friend is active with the International Brotherhood of Electrical Workers, and another friend is with the Stationary Engineers Local 39.”

If you live in Stockton or the surrounding area, you can volunteer to re-elect Sol Jobrack and other SEIU 1021-endorsed political campaigns here.