SFUSD members protest persistent payroll problems at school board Ongoing unresolved problems with SFUSD’s $16.5M+ payroll system EMPowerSF have pushed classified staff to the breaking point–and they made sure the school board got their message. 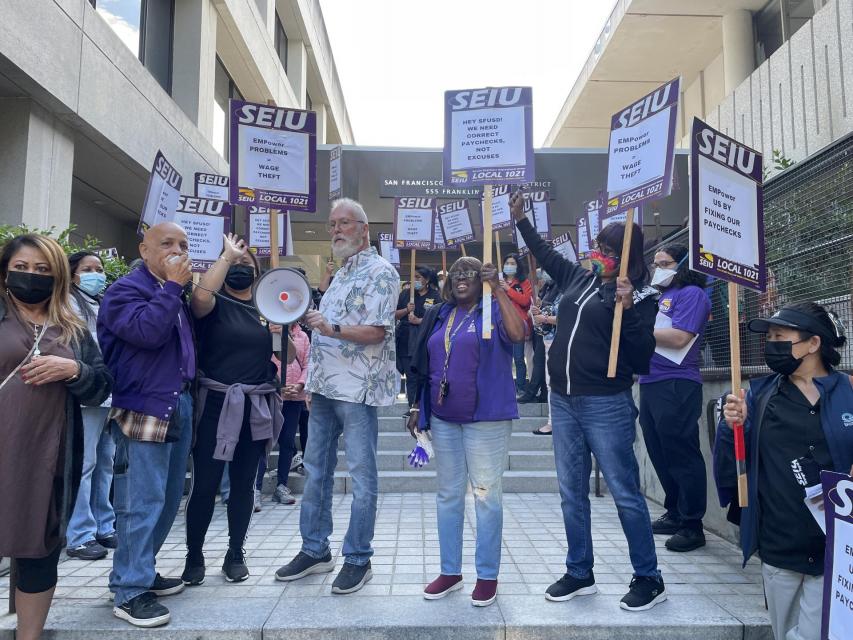 Keeping public schools running is never an easy job. But for San Francisco Unified School District’s lowest-paid employees, who do everything from keep schools clean to make sure kids get hot meals every day, short paychecks and improperly canceled benefits are making the job unnecessarily stressful–and harming their ability to keep their own families housed, fed, and healthy.

The problems with SFUSD’s exceedingly expensive “new” EMPowerSF payroll system are legion and, by now, well-known. Paychecks missing entire days of pay. Retirement contributions deducted from paychecks but not deposited in accounts – in some cases, forcing delays in retirement. Insurance premiums deducted from paychecks but not paid to the insurance companies, meaning inability to access policies or have claims processed. Premiums being deducted at twice the rate they should be. Incorrect vacation and sick leave accruals. They have been going on since the system was sloppily rolled out at the beginning of this year. Yet over nine months later, many of the problems have still not been resolved, and new ones pop up with every pay period.

SFUSD classified staff have had enough – and they gathered in force outside the SFUSD Board of Education meeting last Tuesday evening to make their voices heard in the street before heading into the open session of the meeting to make sure the board and superintendent heard them as well.

The problems are not just an inconvenience. In extreme cases, they make the difference between ability to access needed medical care or not. 20-year SFUSD paraprofessional Eddy Alarcon died of cancer recently following repeated problems accessing care and medications after his insurance was erroneously canceled while he was on medical leave.

During public comment, custodians and nutrition service workers lined up to plead for the district to pay them what it owes them for work already done.

“The district has thrown good money after bad — to the tune of $16.5M now — on a flawed payroll system that has resulted in the district’s lowest-paid employees being shorted over and over again. It contributed to the death of our coworker [Eddy Alarcon]. Not just a coworker who worked for the SFUSD school system, but a childhood friend of mine I grew up with in the Mission. The stress of having his insurance cut off and not being able to access the medication he needed after over 20 years of dedicating himself to this district’s students caused the exact kind of stress you do not need when already battling cancer,” said SEIU 1021 SFUSD Chapter President Rafael Picazo, who has worked for the district since 1984.

At a time when the district is extremely short-staffed from custodians to teachers, it can ill afford to drive its employees away with these kinds of unforced errors and its failure to resolve them – particularly when most other districts in the area are also short-staffed and eager to hire the positions they are leaving. Yet despite its staffing problems and negative publicity related to its faulty payroll systems, the district so far has not shown the urgency needed.

“Would you stay in a job where your paychecks are short, where your retirement funds are being taken out of your paycheck but not put in your retirement account, where your insurance is being cut off because of technical issues, and all you can do about it is put a ticket in the system that never gets answered?” said Picazo. “We need fixes and we need fixes now. I come to you representing these great workers, the lowest-paid employees in the district. Make them whole.” 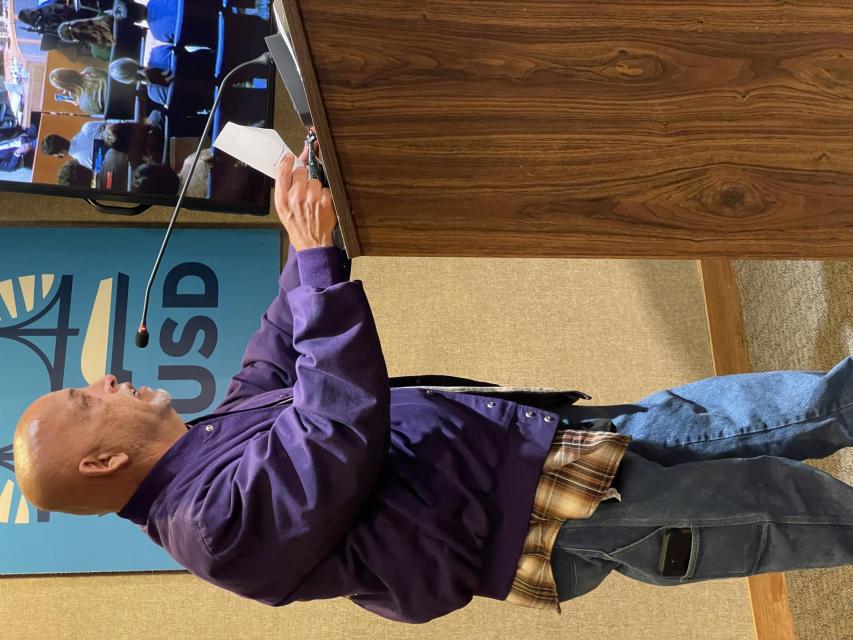