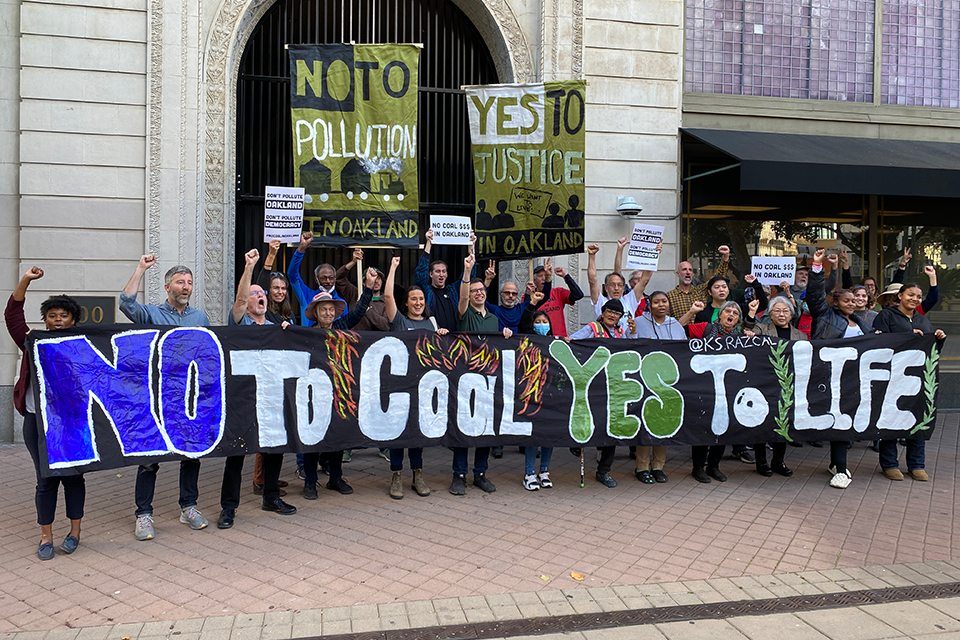 “De La Fuente’s most significant source of outside spending is a committee – named ‘Californians for Safer Streets’ – primarily backed by Jonathan Brooks of the Los Angeles-based investment firm, JMB Capital, which would operate the coal terminal. Brooks has contributed $550,000 to the committee, almost all of it in the past week alone.”

In response, community, environmental, and labor groups from all across Oakland came together to reject coal money in Oakland elections, just like they reject coal in Oakland. Seeing more than half a million dollars invested by one single out-of-town polluter drew speakers and allies to the Rotunda at City Hall in downtown Oakland last Thursday, to denounce the coal developer’s financial dumping in Oakland politics.

To help Oakland get a mayor who will stand up for working people, visit https://www.mobilize.us/seiu1021/ and get involved with electing Sheng Thao as Oakland’s next mayor!