Sacramento City Unified Schools Members Vote by 97% to Authorize Strike No strike date has been set yet, but if SCUSD management continues to violate labor law, classified staff and educators will go on strike 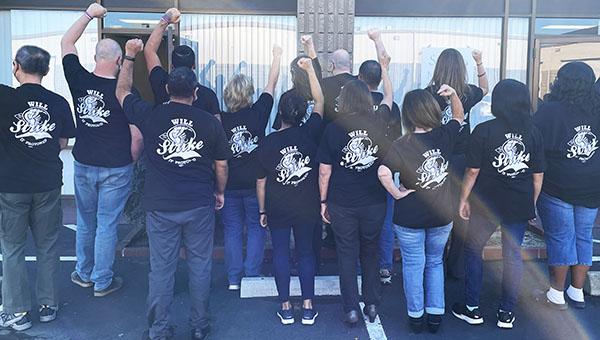 Last week, Sacramento City Unified School District classified staff and educators voted overwhelmingly to authorize a strike. 97% of classified staff, who are represented by SEIU 1021, and 95% of certificated educators, who are represented by the California Teachers Association, voted yes. As a result, the SCUSD bargaining team now has the green light to call a strike if SCUSD management continues to negotiate in bad faith on key issues related to staffing, the quality of instruction, and health and safety protocols.

Earlier last week, CalOSHA issued a citation against the district for pushing staff who had tested positive for covid or who were experiencing covid symptoms to continue reporting to work, cutting janitorial services when the need for sanitation is greater than ever, and other failures that have resulted in students, staff, and their families being needlessly exposed to covid.

There are currently hundreds of vacancies among classified staff—which includes positions like school bus drivers, nutrition service workers, clerical staff, and campus monitors–yet instead of trying to fill those positions, district management is pursuing layoffs of classified staff. “We know who suffers the most from this staffing crisis: our students and their families. When staff and educators are stretched too thin, kids pay the price. Our working conditions are their learning conditions. Sac City students and families deserve better. And they’re not going to get it until the district starts valuing its employees, from bus drivers and nutrition service workers to teachers,” said Karla Faucett, a professional development specialist with 18 years in the district, who serves as the SCUSD chapter president of SEIU Local 1021. “Our members have spoken loud and clear: They are prepared to strike to ensure that all Sac City students receive the education they deserve.”

Last month, transportation workers and other classified staff staged a protest outside Serna Center to call attention to the unsafe working conditions and unsustainable workloads caused by the staffing crisis: Students who had tested positive being put on school buses without notifying the drivers; drivers who tested positive being told to keep working; kids from multiple routes being crammed into buses with no social distancing due to a lack of drivers to cover all the routes. Bus drivers are being lured to neighboring districts with offers of better pay and signing bonuses, while SCUSD offers nothing but cuts to pay and benefits.

The staffing crisis does not involve just classified staff. Since the return to classes from winter break on January 3, on an average day, 3,000 Sac City students have gone without even a substitute teacher. On some school days, the number has spiked to nearly 5,000 students. For example, At John F. Kennedy High School, on multiple occasions, students from as many as 13 different classes have been crowded into a school auditorium due to a lack of substitutes. Perhaps most egregious, district administrators have completely neglected 571 students from across the district who are unable to attend school in-person and have gone without any instruction this school year due to a lack of independent study teachers.

Sacramento is an outlier. Despite the additional funds, skyrocketing inflation, and short-staffing across the board, Aguilar has demanded layoffs, a five-year wage freeze, and cuts to health benefits targeting SCUSD employees with families that will significantly reduce take-home pay–at a time when the district’s wages are already not competitive with neighboring districts or the private sector. 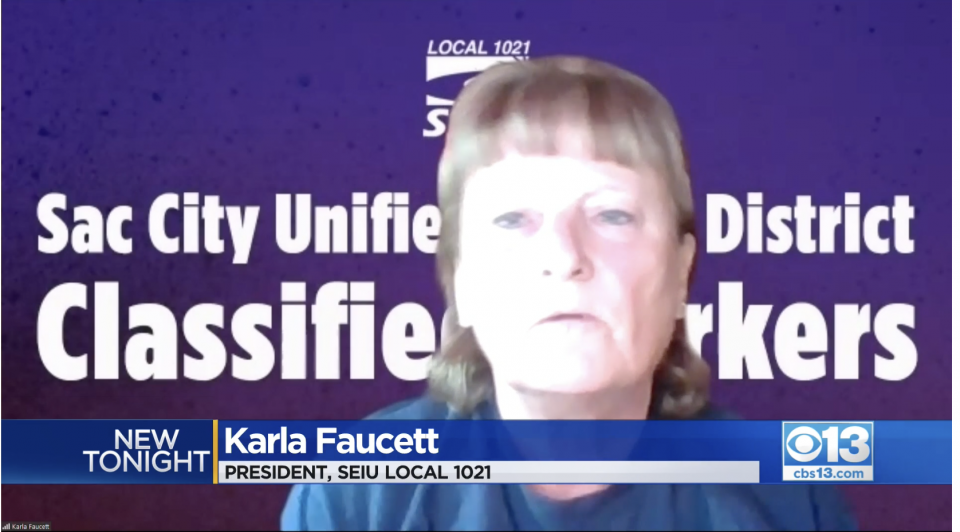