Running for the CalPERS Board of Administration, Yvonne Walker fights for pensions and retirement security 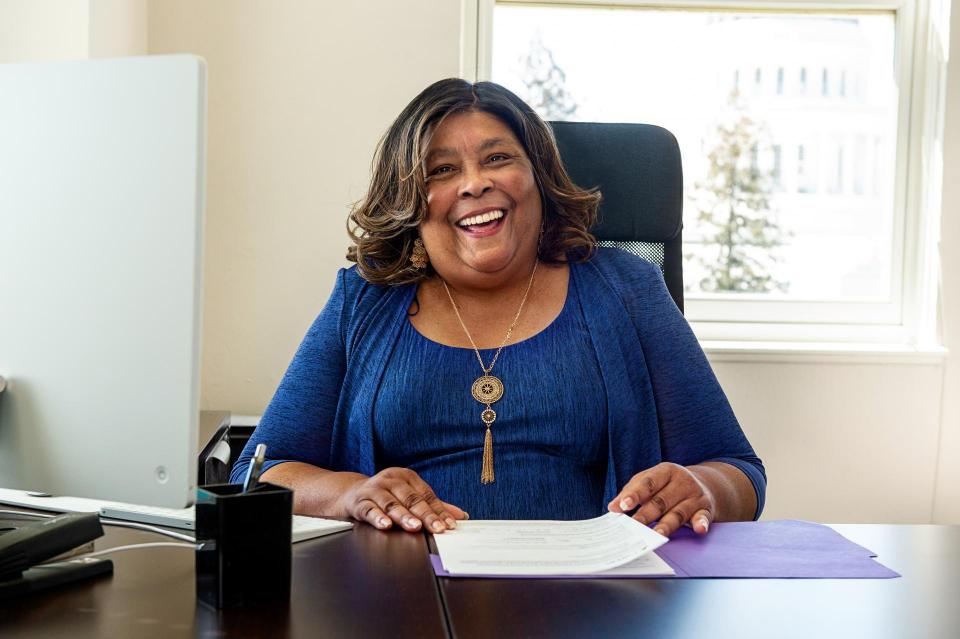 In the midst of a hotly-contested political season, there is a race for a vital position that may fly under the radar. Retired members, as of July 1, 2022, of the California Public Employees’ Retirement System (CalPERS) have an opportunity to vote for their retired representative seat on the CalPERS Board of Administration. The 13-member CalPERS Board of Administration consists of officers who are elected, appointed, or hold office ex officio. The board of administration is responsible for the management and control of CalPERS. The board has exclusive control of the administration and investment of funds. The board composition is mandated by law and can only be changed by a majority of the registered voters in California.

The SEIU California State Council is proud to back Yvonne Walker, the former president of SEIU Local 1000, a united front of over one-hundred-thousand working people employed by the State of California, making SEIU 1000 the largest public sector union in California and one of the largest in the country.

“In times like these, the mission of CalPERS is more vital than ever,” said Yvonne Walker. “It must provide for its two million workers and retirees the certainty of a secure retirement income. CalPERS remains positioned to provide that certainty.”

“[CalPERS] has taken steps over the last couple of years to prepare for an economic downturn – one that we all knew inevitably would come,” Walker continued. “Having learned a hard lesson from the 2008 financial crisis, CalPERS increased the fund’s liquidity to ensure that it can continue to pay benefits without having to sell assets in a depressed market. It increased the percentage of the fund managed by in-house investment professionals, saving about $115 million annually in fees. And it is in the process of restructuring its portfolio to take full advantage of its comparative advantages as an investor.”

While leading SEIU Local 1000 as the first African American woman to hold the role of president, Walker successfully secured significant salary increases for members and beat back attempts to cut health care and pension benefits. “As a union president, I’ve negotiated successful agreements with our state’s largest health plans that increased benefits for my members while keeping premiums affordable.”

Not only does Walker have a history of fighting for CalPERS members’ pensions, but she also has been a national advocate and leader in ensuring retirement security for all. She chaired the SEIU International Retirement Security committee and was instrumental in creating the CalSavers program, which is now a model for other states and helps provide retirement security for private sector workers.

“I won’t need time to get up to speed. I will be ready to serve on day one,” expressed Walker. “As we enter uncertain economic times of turbulent markets and increasing inflation, it is even more important that the next member of the CalPERS Board of Administration has the necessary experience to hit the ground running.”

Yvonne Walker is one of California’s foremost leaders in fighting for the pension and health benefits earned by CalPERS members and retirees. She has stood her ground against the repeated attacks by those who would strip CalPERS members of their hard-earned benefits.

Voting opened on August 26, 2022, and will run until September 26, 2022. Your vote must be received by mail, telephone, or online by 11:59 p.m. PT on September 26, 2022, to be counted. Only the first vote received will be counted. A ballot package containing voting instructions, a ballot, a prepaid return envelope, and the Candidate Statement Voter Pamphlet was mailed to the CalPERS retired members’ address.

You will need your PIN to vote, which can be:

The term of office for the position begins immediately upon certification by the California Secretary of State and expires on January 15, 2028.