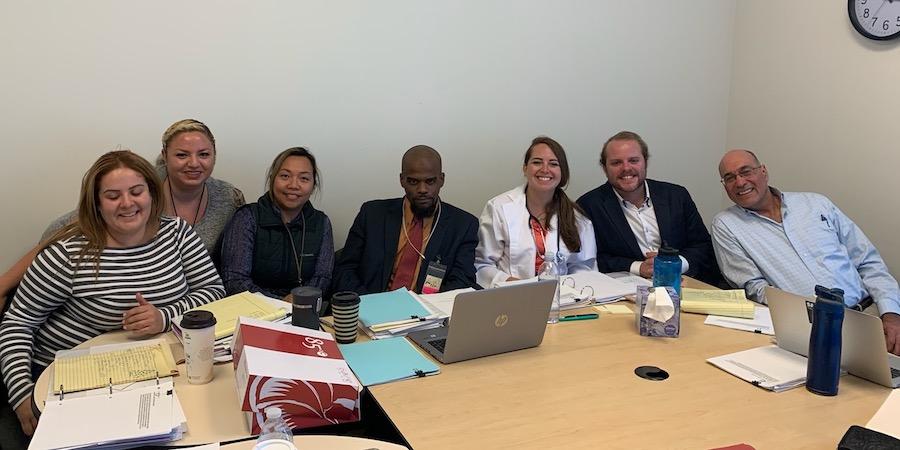 On Friday, December 13 SEIU 1021 members at the Regional Center of the East Bay (RCEB) ratified a new four-year agreement.

“At RCEB, we try to start early preparing for a full contract, encouraging members to create contract study groups around areas of their interest to develop bargaining proposals. This year we had members working on expanding work hours, increasing flexibility of work schedules, expanding work at home/telecommute, increasing agency offset to dependent medical care costs, and salary increases.

This was a very dedicated, sincere, and committed bargaining team with a new field rep. Our Chapter President made this process as open and transparent as possible to our members. Our members really got behind us, purpling up, letting management know they were serious about money and contract improvements.  We worked hard for our members who ratified the best contract improvements I’ve seen since starting to sit at this bargaining table in 2007,” said Eric Stern, a Case Manager II and member of the RCEB bargaining team.