The Leaked Roe v. Wade Opinion Must Be Our Call to Action By Theresa Rutherford, SEIU 1021 Vice President for San Francisco and Certified Nursing Assistant 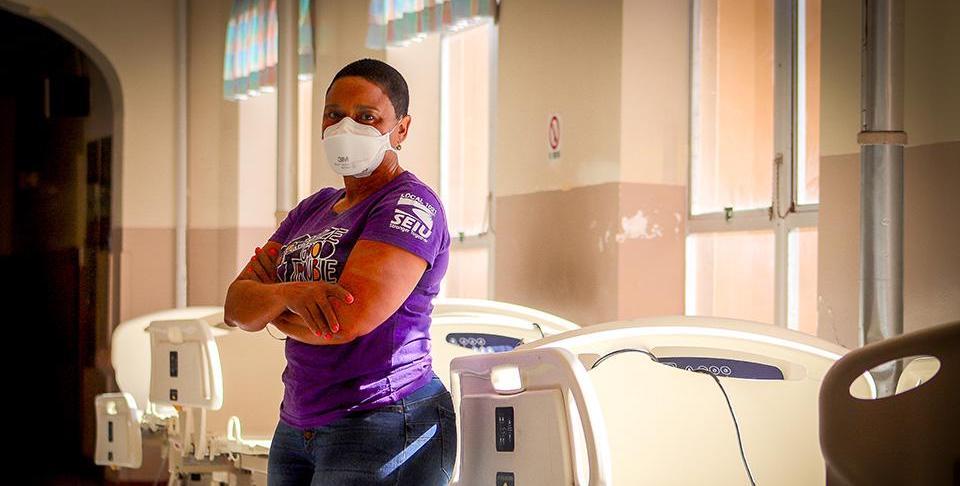 I wish I could say I was shocked by this week’s news of the leaked Supreme Court draft opinion that would overturn Roe v. Wade. I am a lot of things: I am angry, I am upset, I am heartbroken, I am afraid, I am outraged—but I am not shocked.

For decades, the Republican Party and their Supreme Court appointments have been escalating their assault on the bodily autonomy of everyone who is not a heterosexual, cisgender, white man. This draft opinion harkens back to the days of chattel slavery–it reeks of the culture of control exercised by white men to maintain their own power by exploiting, undermining, and restricting the rights of everyone else. This decision is the prize Republicans have kept their eyes on as they have worked furiously to restrict voting rights, block President Obama’s Supreme Court nominee, and pass legislation at the state level to strip away our rights.

Abortion care is health care. The right to make medical decisions about our own bodies is a fundamental human right.

As a healthcare worker, I am terrified about what this will mean for women and girls. Abortion is a medical procedure that must be conducted in a safe, clean, and sterile environment. This decision will not stop abortions—it will only severely curtail the ability of women to secure access to safe healthcare services. History shows that this will cost lives.

Women and families across economic strata need access to safe, legal abortion. Princeton University research from 1960 found that one in three women in the U.S. who wanted no more children were likely to have at least one unintended pregnancy. According to the Guttmacher Institute, in 1965, eight years prior to Roe v. Wade, illegal abortion accounted for 17 percent of all deaths attributed to pregnancy and childbirth.

However, Black women and other women of color who made the decision to abort were at the highest risk of dying or being maimed for life for lack of access to proper healthcare or economic means. While illegal abortion was responsible for one in four childbirth-related deaths of white women in New York in the early 1960s, it accounted for fully half of childbirth-related deaths among nonwhite and Puerto Rican women.

Even beyond healthcare, this is an issue of economic and gender justice that cuts to the very essence of who a woman is: an individual with the right to make decisions for herself and her family. At a time when women are now world leaders, astronauts, and Supreme Court justices–a time when women are assuming our rightful place as equal partners in the world–it is alarming and unacceptable that the highest court in the land would seek to silence us with this flawed, ignorant, backward decision.

We know who it will hit hardest: low-income people–especially women of color–in former slave states. Women with more resources will travel to states where abortion is legal. Lacking financial means–a key driver of abortions–will cruelly trap more poor women of color and their families in cycles of intergenerational poverty and struggle.

This potential ruling is just the tip of the iceberg. Our right to marry who we love, to vote, to join unions, and much more is on the line. This decision would show that this Supreme Court has no problem overturning decades of established constitutional law in favor of an extreme position that Americans oppose two-to-one.

If the Supreme Court moves forward with this opinion, it will have destroyed its legitimacy as an independent body and lost the respect and trust of the public–and thus, its relevance. This ruling would represent a threat to our democracy itself.

Now is the time for action. Abortion is not just a women’s issue: It impacts people of all genders. We must organize, mobilize, march, speak out, and vote. We must elect pro-choice, pro-worker leaders, make sure they have a strong mandate to protect the rights we all hold dear—and hold them accountable when they fall short. They must review and correct the institution of a Supreme Court that has become a political pawn, examining everything from appointments and the number of justices to term limits. They must enshrine our rights in federal law.

This is not a dress rehearsal; this is the moment we’ve been organizing for. The primary election is June 7. Our votes–and our efforts to engage and mobilize our family, friends, coworkers, and neighbors–have never mattered more. Please sign up to contribute to the SEIU 1021 Committee on Political Education (COPE) today and get involved in our get-out-the-vote work. Together, we must fight–and WE WILL WIN.