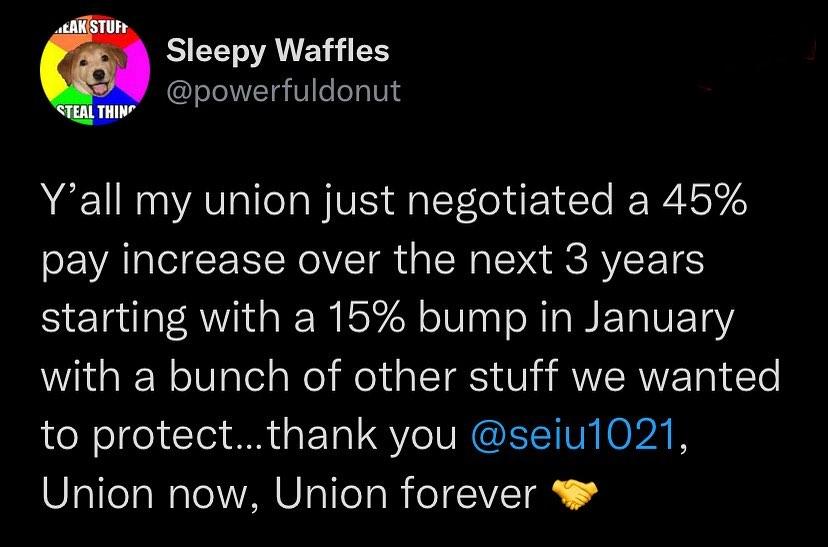 SEIU 1021 members who are adjunct faculty at Holy Names University (HNU) got some good news for the holidays late last month, when their bargaining team reached a strong tentative agreement with university administration after a year and a half of contract negotiations.

The tentative agreement (TA), which adjuncts will vote on later this month, includes 45% raises over the next two and a half years, including a 15% raise starting this month, as well as a host of other improvements adjuncts had identified as priorities for the new contract.

“After a long, hard fight for a just and fair contract, the SEIU team and HNU adjunct members scored a huge win, securing significantly increased wages and job-protections for adjuncts,” said HNU adjunct professor and bargaining team member Kathy Garlick. ”We came to the table willing to negotiate but firmly held our ground against HNU administration’s unfair labor practices. The process taught me that labor activism is worth every minute of effort, because it works!”

HNU administration dragged negotiations out for 18 months, but acquiesced to union demands and reached the TA the day after staff at California College of the Arts, also SEIU 1021 members, announced they had voted by 97% to authorize a strike. (You can learn more about what’s happening at CCA here.)

Here are some highlights: