City of Berkeley workers are speaking up against understaffing 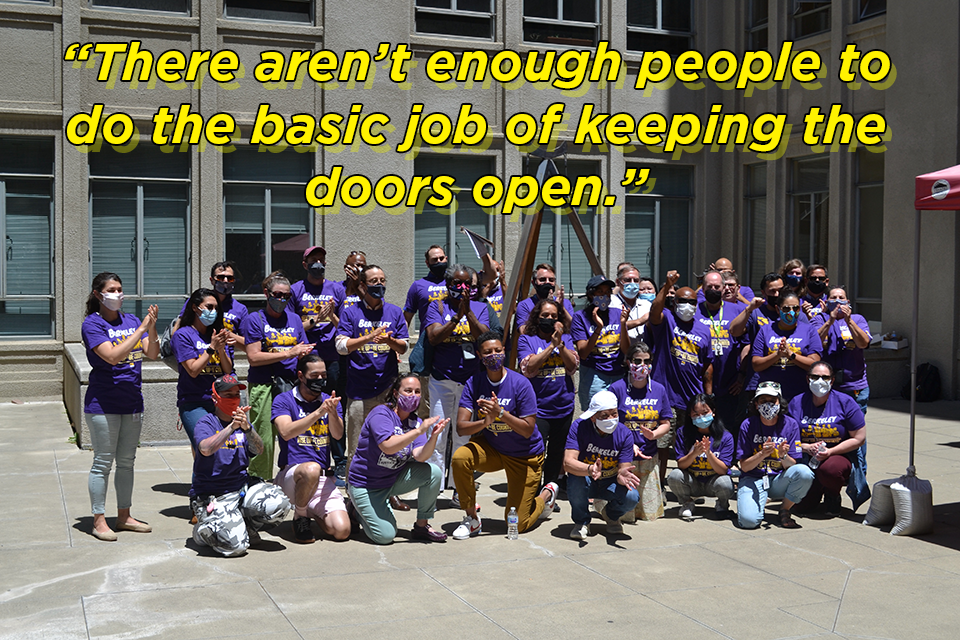 The City of Berkeley has, like most places, struggled with staffing throughout the pandemic. The need for core services provided by City workers and SEIU 1021 members has spiked, and pressing issues around working conditions, including telework options, adequate leave, and fair compensation, have made it difficult to fill the positions that fulfill those needs.

Recently, Berkeley’s City Manager, Dee Williams-Ridley, went to City Council to sound the alarm, pointing out that the vacancy crisis there has some departments down a full third of their headcount, forcing the remaining workers to pick up mandatory overtime and work themselves to the bone. Teen librarian and SEIU 1021 member Andrea Mullarkey told the East Bay Times, “It’s been brutal for quite some time now,” Mullarkey said. “There aren’t enough people to do the basic job of keeping the doors open.”

What’s troubling is that, according to Williams-Ridley, Berkeley is actually doing better than most Bay Area jurisdictions! No matter where you work, you’re probably being asked to do more with less and pick up work that isn’t being done, because there’s nobody there to do it. As Mullarkey told the East Bay Times, “It’s a terrible cycle, because it means that the folks who are here are really beaten down.” SEIU 1021 is working across all our jurisdictions to make sure this staffing crisis gets the attention—and remedy!—it deserves, so be on the lookout for ways to get involved and make your voice heard.