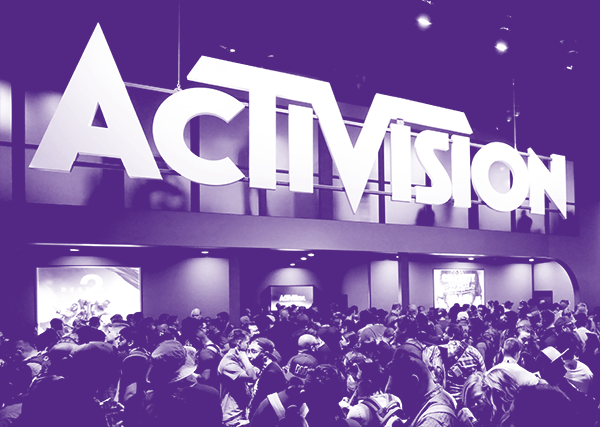 Activision/Blizzard employees staged a walk-out action on Wednesday, ending a week of increased & mounting tensions over how executives handled accusations of discrimination and sexual harassment at the company. Outside Activision Blizzard’s office in Irvine, California, employees held signs with messages including “Believe Women” and “Commit to Equality.” About 500 people attended the event in solidarity.

The walkout was partly driven by Activision Blizzard leadership’s reaction to a lawsuit filed by California’s Department of Fair Employment and Housing last week. The lawsuit focuses primarily on the Blizzard division of the company. It breaks down a workplace where sexual harassment runs rampant and generally goes unpunished, and where women are paid less, denied promotions, and retaliated against when they bring issues to managers.

On Monday, employees across Activision Blizzard condemned leadership’s statements in an open letter, calling them, “abhorrent and insulting to all that we believe our company should stand for.” The letter stated that employees have lost hope that “leaders will place employee safety over their own interests” and asked Activision Blizzard’s chief compliance officer, Fran Townsend, to step down in her role as executive sponsor of the ABK Women’s Network. By Tuesday evening, the letter had over 3,200 signatures from current and former employees.

“We know people across the company who have complained about these issues for decades or who have made allegations and not been listened to,” said Valentine Powell, a software engineer who is one of more than 300 employees involved in organizing the protest. “The lawsuit and the company’s response to it was the match that lit the powder keg.”

The walkout organizers have four demands for management:

“We’ve seen management utilize these illegal work practices before, and we know that we are stronger together.  The union helps us create a safer space where we can share and validate our experiences with workplace harassment and discrimination.  Union members get organized, negotiate, and enforce contracts with management that guarantee the things we all care about like decent raises, affordable health care, job security, a stable schedule, and dignity and respect. We’re rooting for the workers at Blizzard/Activision to successfully Unionize so they can win this fight and make their workplace a better and safer one,”  said Ramsés Teón-Nichols, Vice President of Politics for SEIU 1021.