Why Are Billionaires Funding a Campaign to Weaken Unions in California? 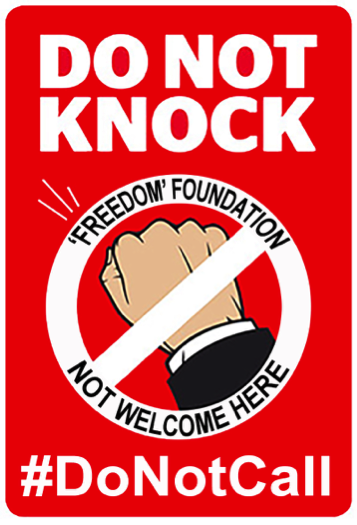 As working families are gearing up for the holiday season, a billionaire-funded group called the “Freedom” Foundation has launched a campaign to spread misinformation to weaken unions.

Instead of spreading holiday cheer, they are trying to convince workers to weaken our union by telling people to not be members.

Why are billionaires trying to weaken our union? It’s simple. United in our union, we stand in the way of their corporate greed. We keep them from contracting out our jobs to private corporations that pay less and don’t provide benefits. We protect paid sick leave, work to make health insurance affordable and accessible, and stand up for laws that protect the environment.

If the so-called Freedom Foundation comes to your home or your work:

Stay strong in the union. Your membership funds workers’ ability to negotiate for fair wages and fight back against anti-worker extremists.

Talk to your coworkers about being active members in the union so that we have the power to fight back against unfairness.