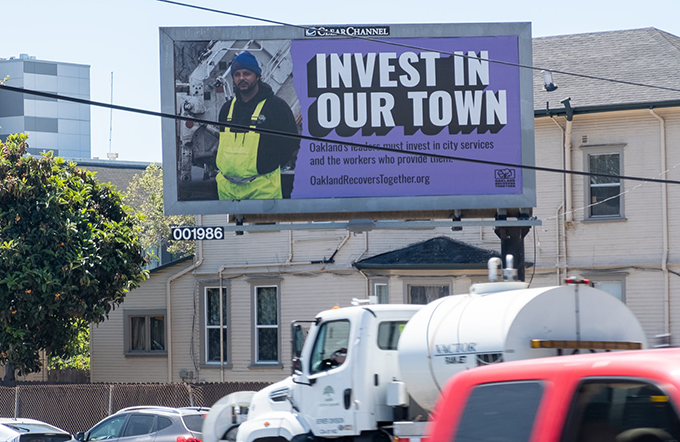 If you’ve been out and about in Oakland recently, you’ve probably seen them: the faces of firefighters, sanitation workers, and other union members looking out on the streets, accompanying powerful messages: “Invest in our town,” “Let’s build back better in Oakland,” and “Fund frontline city workers.” You may also have seen those workers speaking out for a better, stronger Oakland on TV, saying “Oakland has the wealth to weather the storm, invest in good jobs, and become a world-class city.” 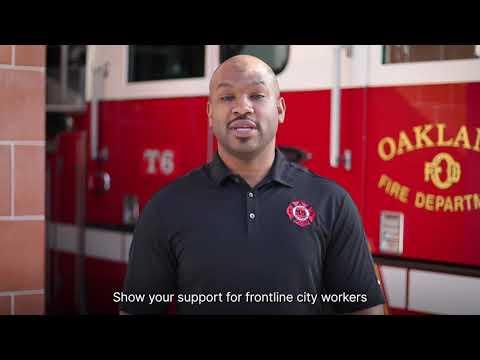 These powerful messages were created and shared by the Oakland Recovers Together coalition of five of Oakland’s unions: SEIU 1021, IFPTE Local 21, IAFF 55, CMEA, and IBEW 1245. The coalition formed to fight for a better Oakland for everyone, and to battle against the divide-and-conquer tactics of Oakland Mayor Libby Schaaf and her administration.

Sarina B., a Tax Enforcement Officer II who has been with the City for 20 years now said, “People in our community ask me when the City will be fully opened back up, when the services they need will be available again, so seeing our ads and billboards made me feel good, because we’re getting important information out there. We’re letting the people know that we’re here for them, and we’re letting our members know that we’re fighting for them. It’s important for us to get everyone engaged, our members and our constituents.”

Mike Pandolfo, a Parking Control Technician and Vice President of the Oakland Chapter said, “Seeing the ad blew me away. It was very impactful, like I was having a real conversation with my friends who work for the City of Oakland. The message was strong, and I was proud of the work our union coalition did to put all of these together. It made me think that, as union members, we may not toot our own horn enough! I went to the site immediately. I hope everyone else does, too.”

You can visit the Oakland Recovers Together site at https://www.oaklandrecoverstogether.org. At the site, you can show solidarity with Oakland workers by signing their petition calling on the Mayor and City Council to create a budget that puts working people first, not the profits of big corporations and developers. 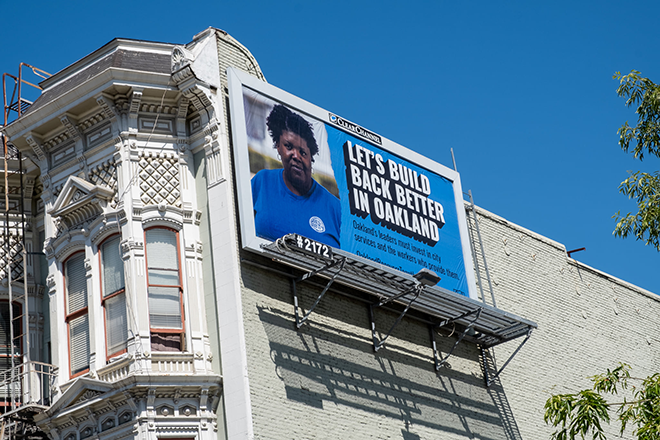 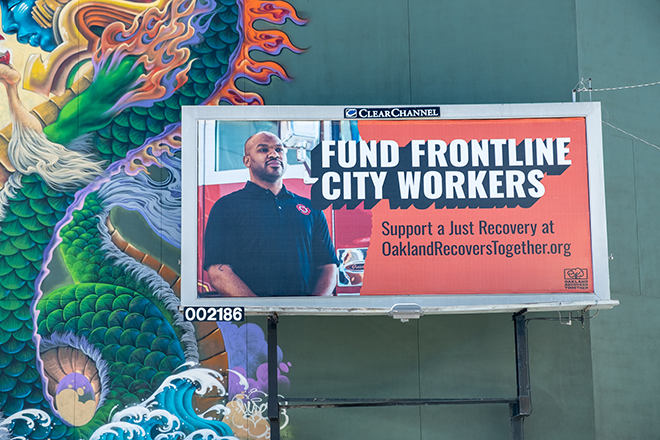 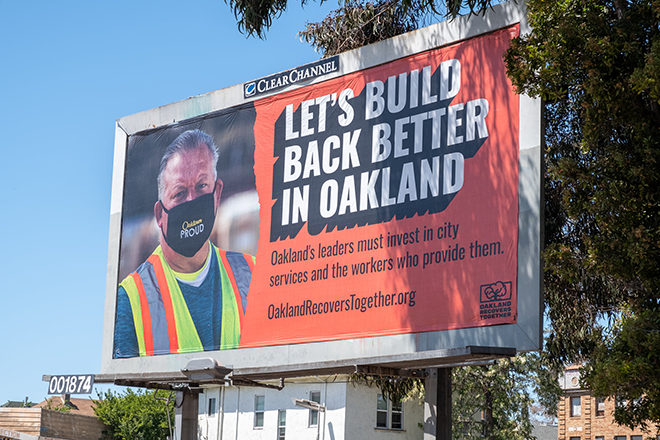