“All working people deserve a living wage. Our communities cannot sustain themselves without a living wage,” said SEIU 1021 member Gregory Everett, Jr. Everett, who shared that his daughter works in Richmond, continued, “This legislation will be a great help to individuals who work in the City of Richmond. We have one of the highest costs of living in the country here.”

Richmond joins other Bay Area cities including San Francisco, Oakland, and Berkeley in raising the minimum wage. As a result, the minimum wage paid to anyone working in the City of Richmond will be increased to $13.41 in January of 2018, and increase to the full $15 in 2019. 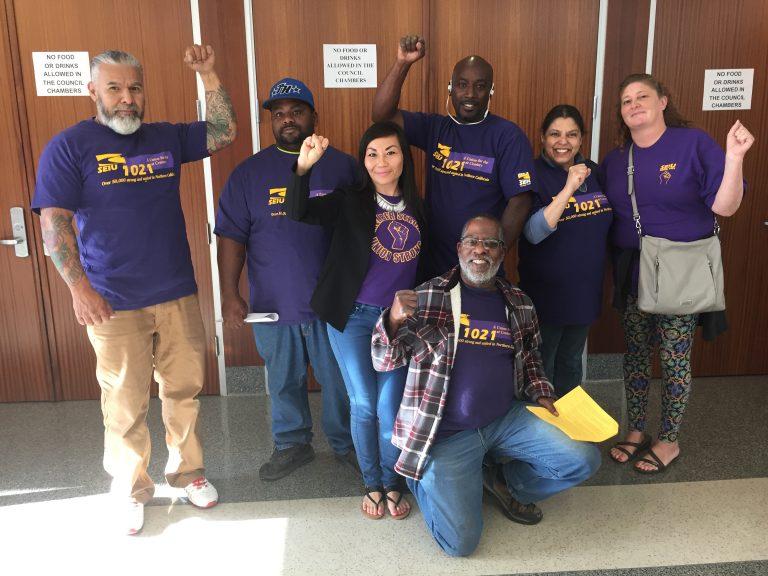