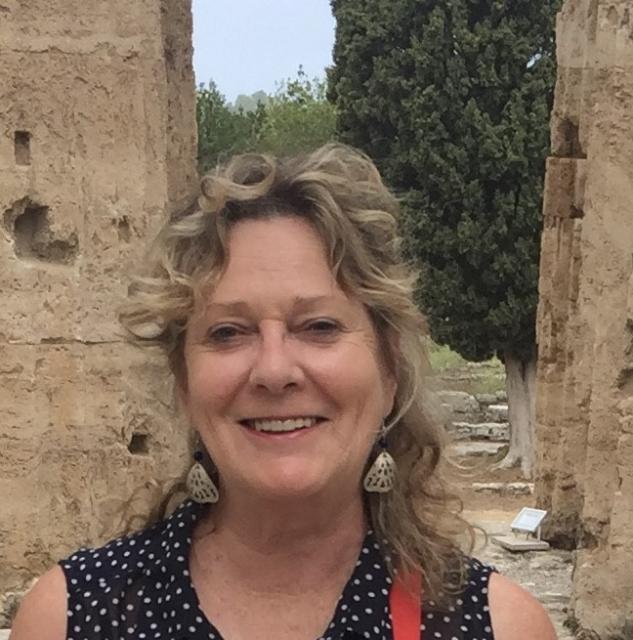 What influenced your decision to run for office in your chapter?

I felt like I wanted to bring issues to management and to the executives in the county that needed to be addressed. The Health and Human Services departments of the county have gone through a kind of chaotic period of change in becoming a Health and Human Services “Super” Agency. It was a change that wasn’t good for many of our members. Our members did not feel empowered to speak up about issues or provide input for positive change. I felt I needed to speak up and address some of the inequities and unfairness that was happening. I wanted the county to make sure that hiring is done in accordance with the Civil Service rules to make sure we are not discriminating in hiring or promotions.

The county is geographically large but we are a small population of under 90,000 people. The county is also one of the largest employers in the region. As a result of that, they have a certain amount of power.  I was really interested in becoming active in SEIU 1021 because I have been an old lefty for over 50 years. I marched for civil rights in the south in the 1960s, and against the Vietnam War in Washington in the 1970s.  My parents were leftists and fought McCarthyism in the 1950s.

I saw problems that could be addressed and I wanted to bring issues to management and to the executives in the county. Back in 2009, when the last recession hit, the county was hurt financially, because they had not anticipated a downtown. They implemented pay cuts and layoffs. As a result of the pay cuts, over the past 20 years, salaries have never recovered and have been so far below market value that this has had a huge negative impact on the county. We became a “train and trot” employer. People would get hired, work for a short time, and then move on to jobs with higher salaries in other places. We were losing talent and we were losing institutional knowledge, something that is essential to a functioning government organization.

What kind of change do you want to implement in your chapter now that you are in a position of leadership?

I would like to see management implement real leadership from the ground up. Our members are talented, intelligent people who are dedicated to public service. The “boots on the ground” understand where the problems are and how to make things better. I want to help give them that voice. We were able to get salary increases in the last round of negotiations by standing together, and employees coming into the county now will benefit from the work that’s been done. I want a healthy and safe working environment for all the people in our community.

We are still below market value, so I don’t want to see COVID-19 hurt us economically where there is any talk of increasing the cost of benefits or of cutting salaries for employees. One of the things that we saw this past year was people getting laid off and losing their healthcare when they lost their jobs. A new bill, AB 1400, also known as CalCare, is going through the legislature at the state level. This is a bill that will give single-payer healthcare to everyone, meaning access to health care will no longer be tied to your employment. This is such an important thing. And additionally, when you consider how much employers spend to cover the cost of healthcare for their employees, I think this is going to be a real benefit to the economy all around. Health care is a human right, not just for the wealthy or employed. Implementing AB 1400 is something that we have asked the Board of Supervisors to sign on to and support. I want to actively push this and get the word out.

Another issue on the County level is that we have had a probationary period of a year for new employees. It’s been that way for a long time. The problem with that, when you have a long period of probation where you can be let go at any time, is it really puts a chilling silence on people speaking up when there are problems. I’ve seen how people come in and they are on probation for a year and they don’t want to speak up if there are problems with another employee or the supervisor, or if they have health and safety concerns. Then maybe they get off probation for a few months and maybe get a promotion and they are on probation for another year. This is ridiculous and it really has a chilling effect.

In Los Angeles County where I’ve worked, they make do with a 6-month probationary period. My feeling is that if you can’t figure out if an employee is a good fit in 6 months, maybe you shouldn’t be a supervisor. This is something that I want to push for in our next round of contract negotiations.

What are ways you believe members can get involved or take leadership roles at their worksites?

I want to encourage people to take advantage of some of the things that SEIU offers. For example, on the housing committee, we’re talking about doing something here that Sonoma and Marin counties are doing which is offering loans for the first and last month’s rent, or for mortgages.  I would like to see all of our employees that fall under SEIU 1021 representation become members. I would like to see people feel like they can come and talk to their union stewards. If you see something that isn’t right, speak up. Let your stewards or other representatives know, so we can bring the problem to management and solve it.

By becoming members of SEIU Local 1021, or whichever local represents your group, we truly are stronger together. Attend the union meetings, get to know your representatives! Be confident in your ability to make change for the better. Speak up!