Labor Leaders Lead the March for the Build Back Better Plan 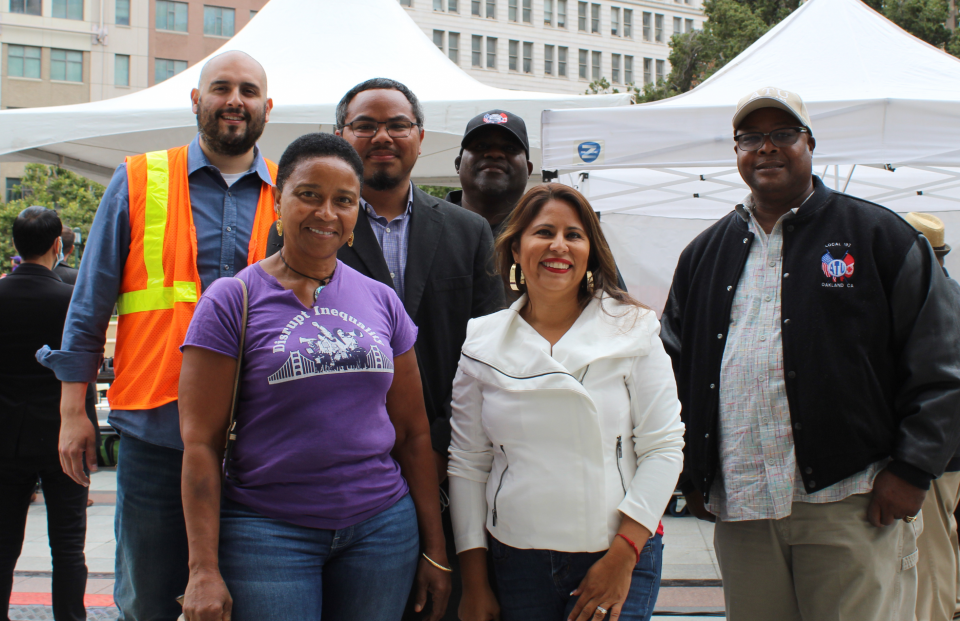 In the nineteen-thirties and forties, it was the labor movement that brought the United States, and the world, out of the Great Depression. Only a decade ago, it was millions of working-class people that saved the U.S. and the world from the worst of the Great Recession.

Now, COVID-19 has revealed the structural inequalities about how our profit-first society runs. The pandemic has laid bare the injustice we see in race, class, gender, ethnicity, and more. It has also exposed the indifference to human suffering that is endemic to a system that favors the few over the many.

While he was still president-elect, Joe Biden laid out the following goals for the “Build Back Better” Plan:

While only the American Rescue Plan has passed and is law, the fight for the American Jobs Plan and American Families Plan are vital for labor. In particular, during a speech to the United Brotherhood of Carpenters and Joiners of America Pittsburgh Training Center, back in April 2021, President Biden framed the American Rescue Plan as “a transformative effort to overhaul the nation’s economy” and “the most significant federal jobs investment since World War II.”

Last week, while at an Oakland rally in support of Biden’s jobs proposal with SEIU Local 2015 and community allies, SEIU 1021 President Joseph Bryant spoke about the urgency to pass the American Rescue Plan:

“We need to make it happen. People are depending on it. People are in need of a recovery that lifts up all, and if it doesn’t happen now, it’s not going to happen. And we need it. President Biden, please do make it happen. We will do anything that we can to support you.”

Also at the rally was Theresa Rutherford, SEIU 1021 Vice President of San Francisco. Rutherford spoke to the necessity of passing the American Rescue Plan and the significance it would have on workers everywhere:

“Our biggest resources are in the people of the United States, are in the workers who do the everyday job to make sure that we thrive, survive, and live comfortably. It’s essential workers who do that work every day. That’s what we’re pushing for President Biden to do: to support workers, to create funding to make sure that the Jobs Plan [American Rescue Plan], that the reopening of the economy is supported, and is fully funded to support the services that are necessary and to support those workers who have been putting themselves at risk, who have been keeping this economy floating, keeping it going.

At last week’s rally, making a special appearance was Mary Kay Henry, International President of the Service Employees International Union (SEIU). President Henry spoke of the larger implications of the jobs proposal and the labor movement’s mission, including the Fight for $15 campaign to raise the minimum wage to $15 per hour and the right to form a labor union:

“We want jobs of all kinds, to clean up our climate, to build the electrical grid, and to extend broadband. We want our nation to create jobs that are living wage jobs for everyone in this nation. It’s about every single human being in this nation that deserves to lead a decent life. We aren’t going to stop until we win, $15 per hour and a union for every working person in this country!”

To find out more about the “Build Back Better” Plan, the Biden administration put together a document breaking down each piece of legislation here.