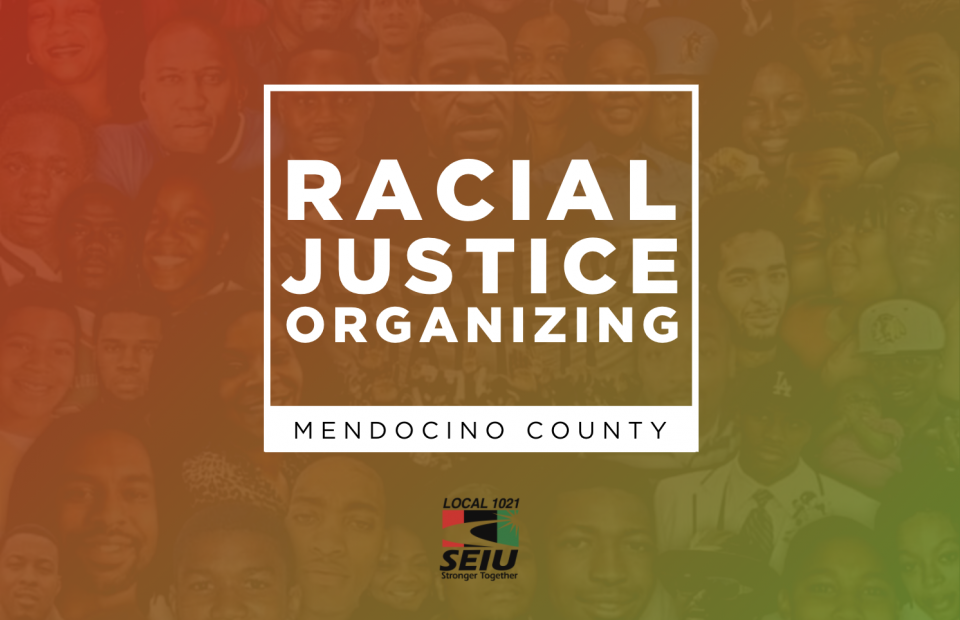 In May of 2020, the country and most of the world were shocked as we witnessed the untimely loss of George Floyd’s life at the hands of the Minneapolis Police Department. As the pain and outrage of another state-sanctioned murder sparked movements and marches across the globe, Troyle Tognoli, the Mendocino County Chapter Vice President, was activated to call on her peers and organize her community to bring awareness and change through the Black Lives Matter movement.

“Witnessing the murder of George Floyd jolted me. It triggered me and I found myself alone in my blackness as I was sitting there in shock. After all this happened, I looked around my community and I thought to myself ‘Who are we and how do we feel about what is happening and what we all just saw? Why aren’t we talking about it?’ Granted, only 48 hours passed, but that is a long time for no one to say anything. So I start to look towards my professional contacts who are now judges, attorneys, doctors, and in positions of leadership and I presented the questions asking what they saw or how they felt about all of this? As I received responses, I realized we had a situation here. I decided it was a good time as a community to look at who we are and to be really clear about it. No matter where you are within the structure of society, we have to be conscious of our bias and ask if we are holding ourselves accountable,” said Troyle.

Taking her inspiration beyond the letters she penned to friends, neighbors, and colleagues, Troyle went public calling on the Board of Supervisors to add her presentation and proposal for a Public Safety Advisory Board (PSAB) to the agenda. The proposal was approved, and people began researching how the committee would carry out its work. Troyle met with the chief members of law enforcement including the local Police Department Regional Chiefs and requested information on disciplinary policies, training practices, and data to understand the vulnerable populations in the county and to figure out ways to offer support. In response to Troyle’s work, and with her endorsement, Tammy Moss Chandler, the Director at the Mendocino County Health and Human Services Agency (HHSA) formed the Racial Equity and Justice Committee (REAJC) to address systemic racism including hiring practices at HHSA.

Through the work of groups like the Social and Economic Justice Committee (SEJ), SEIU 1021 will continue amplifying and supporting our members and staff who want to create a more just and equitable world for workers and communities.

If you are interested in joining the Social and Economic Justice Committee (SEJ) or attending committee meetings that happen on 2nd Thursdays, contact SEJ Committee Chair Derrick Boutte.

If you would like to get involved or support racial justice work in Mendocino County, please check out the links and resources below for more information.

Learn more about the work being done by Mendo BLM, including their campaign to investigate spending, policies and practices, and jail population and conditions of the Sheriff’s Department, by visiting their website or following them on Facebook.

SURJ Mendocino Coast is a local chapter of the national organization Showing Up For Racial Justice. To get involved and learn more, send them an email.

SCORE is working to build greater equity, safety, and wellbeing on the Mendocino County South Coast by both leading and lifting up community-driven projects that create tangible results and a positive impact in our region. Learn more by following them on Facebook.