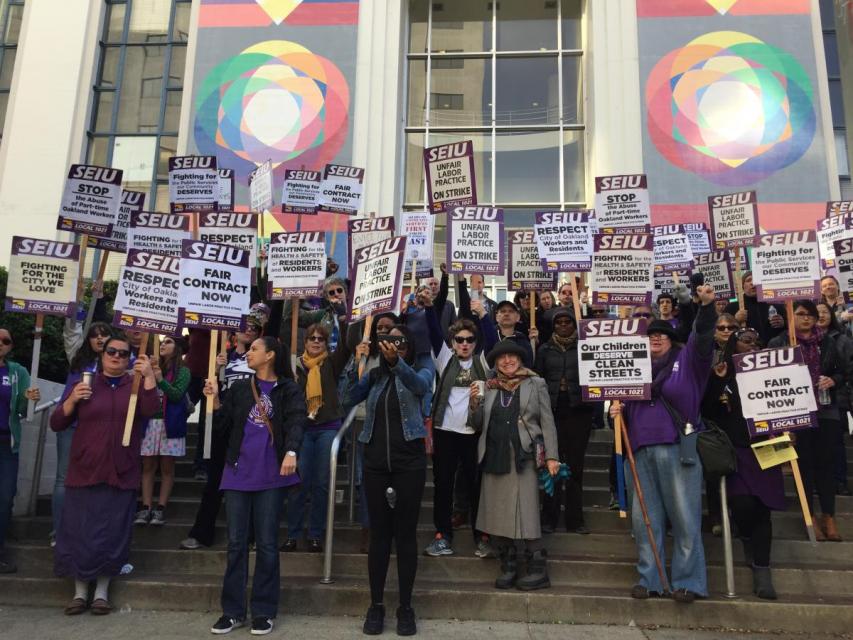 Dear Mayor Schaaf, Council Member Thao, and Council Member Kaplan: I am a resident of District 4 and a City of Oakland employee. I am writing to you as a concerned Oakland resident. For the past 13 years, I have had the honor of working for the Oakland Public Library. For 13 years, I’ve seen every day the pleasure and edification Library services bring to Oaklanders: friends downloading audiobooks, the Baby Bounces I brought my daughter to last year during maternity leave, classes of kids giddy over Diary of a Wimpy Kid, branches packed with people in the summertime, when a full day at the Library means playing, reading, coloring, eating lunch, watching a performance, and leaving with a heavy bag full of books and toys. Before facilities closed to limit the spread of COVID-19, I saw families scrambling to get WiFi hotspots so their children would be able to attend school online without coming to our buildings. This weekend, I pulled some figures from Library annual reports (available here https://oaklandlibrary.org/about-library) and compared them with figures from Oakland’s City Budget, and City Auditor Ruby’s Police Department Overtime report from June 2019 .

Here are my findings: Oakland Police Dept’s annual budget is around $300 million dollars. Of that, OPD is budgeted $15mil for overtime costs alone. For the last 4 years, OPD has exceeded that budgeted amount by 100%, spending an average of $30mil a year in overtime. Oakland Public Library gets $12mil from the City’s general fund. We get another $22mil from parcel taxes, as Oakland home owners have twice voted to pay extra money in addition to what they pay into City revenue to fund their Library.

The City of Oakland budgets OPD 25 times the amount they budget for Libraries. In FY18-19, total Library expenditures were $34.5mil. What police spend on ‘overtime alone’ in a year ($30mil) would run the entire library system for 10.5 months. And that’s our highest expenditure in the last 10 years of annual reports, and probably for much longer than that. Before Measure D passed, average Library expenditure per year was $22.6 million.

In FY18-19, Library personnel expenditures totaled $23.8 million (again, our highest in ten years thanks to Measure D). 9.5 months of OPD ‘overtime alone’ could pay all our staff for a year. As I mentioned, I’ve worked for OPL for 13 years. Based on the figures in OPL’s annual reports: In that 13 years, every single book, DVD, CD, toy, tool, WiFi hotspot, every single item we’ve bought for the public to use could have been paid for with the last 10 months of OPD ‘overtime alone.’ Because I have been involved in ordering materials in my work at the Library, I have some rough estimates of spending on materials that are in demand by Oaklanders.

Since OPL facilities have been closed, staff have been responding to requests for new or restored library cards so people can use our digital offerings. More than 2,300 people have asked for and gained access to online ebooks, audiobooks, Kindle books, movies, and music in the last 12 weeks. Reading materials, tutoring for kids, New York Times digital access, and access to WiFi are critical for people who are sheltering in place. Our data shows about 54 uses per day of OPL’s WiFi from outside our buildings during closure, including kids doing homework in our parking lots. But the need doesn’t stack up to the money we have for it. OPL budgets about $400k per year on ebooks, audiobooks, movies, and other digital materials. That equals about 4.8 days of police *overtime.* (Not overall spending–overtime alone.) Even in this age when so much reading can happen digitally, few people would argue that children do not need books. Children’s books represent up to 75% of checkouts at some of our branches.

In FY18-19, OPL budgeted about $300k on books for children. That equals about 3.6 days of OPD overtime spending. As I have shared these figures with friends and community members, they react with shock. Even for people who feel Oakland’s police spending–a greater percentage of general spending than that of Chicago, Minneapolis, Orlando, Detroit, LA, Baltimore, and New York—is necessary, seeing what else could be done with just a tiny percentage of funding given to police is jaw-dropping.

In this historic moment, cities across the nation are moving to reappropriate police funds into social services. LA, New York, Minneapolis, San Francisco, and other major cities are looking to move funding from police into services that benefit Black and Brown communities.

One of the reasons I live in Oakland is its reputation as an activist city, at the forefront of social change. I hate to think that Oakland could be one of the cities left behind, and stay known as the city that spends nearly half of its General Purpose Fund on police. As you work with SEIU, IFPTE, and other Labor partners in the weeks to come, I implore you to weigh the benefits of the City services non-sworn employees provide, and not force us to bear the brunt of financial fallout from the COVID-19 pandemic.

I leave you with this final fact: OPD has been budgeted about $15 million for overtime for the last four years. Every one of those years, they have exceeded that budget by 100%, spending about $30 million. If they *only* exceeded their budget by 50%, $10 million would be saved, and concessions from Labor would be unnecessary. I live in Oakland. I love Oakland. And I vote. Every time. Amy Martin 94602