At a Critical Time for the Labor Movement, SEIU 1021 Welcomes New Executive Director David Canham and Wishes Outgoing John Stead-Mendez All the Best 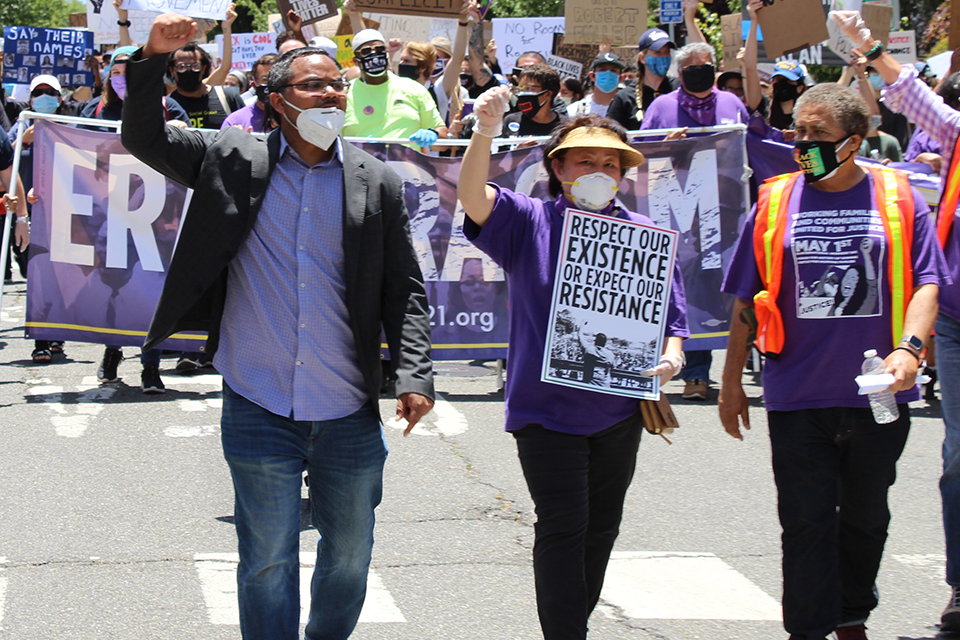 On August 2 of this year, SEIU 1021 will welcome David Canham as its new Executive Director. He will be replacing John Stead-Mendez, who has been with us since 2013 but is moving on to join National Nurses United as Director of their Veterans Administration Division.

Many SEIU 1021 members are already familiar with David Canham, who has been with the local for a decade, including serving as Field Director in San Francisco and his current position as Deputy Director of Internal Organizing and Advocacy. He says, “I was fortunate to grow up in South Africa when the movement to overthrow apartheid was at its peak. At that time, the movement against apartheid had mobilized to the point where millions of people were taking action, protesting, and showing defiance. Students, youth, and workers in our communities were organizing around different struggles, but all were united in one movement, led by one liberation movement to overthrow that system.”

“When I moved to the States, I fell in love with the Bay Area and realized there was work to do here. Now, I am fortunate enough to be part of a union that not only fights for change in the workplace, but fights for change in society. We want to be front and center in our workplaces and our communities, because you can’t separate the two. We all live whole lives. We go to work, we come back home, and we’re faced with problems both at work and in the community. For us as a union to be relevant, we have to address both kinds of problems. That means we fight for racial justice, affordable housing, immigration rights, LGBTQI+ equality, we fight against climate change. Our union has to be part of all the struggles our members face.”

“We face great challenges, with coordinated attacks on working people and our rights. These attacks come from political opponents and they come from our employers. Our opponents want to destroy the labor movement. We have to discover new ways to exercise our power to its fullest, and we have to find ways to grow.”

“I’m looking forward to continuing the work this union has been doing for years, because this is a crucial moment in history. Over the past five or so years, we have gone on the offensive, winning good contracts for our members to address inequality, winning at the ballot box with measures to expand public services and electing representatives who share our values. We must scale that work up even more and bring it to every corner of our union to win even more for our members.”

“We can build relationships, form coalitions, and truly lead as a labor movement. I’m inspired by our history in South Africa, because it was working people who put the final nail in the coffin of apartheid, with national general strikes, sometimes for days on end. When we saw that we had the kind of power to shut the economy down, we knew we could win.”

“I’m motivated all the time by thinking if we could bring that here, we would actually win. There is an opportunity for us to build real power, and build a real movement for change. There is one fight for justice and it affects all our members and all our communities. This is an opportunity we have to grasp. When we look back to the civil rights struggle, there were people and organizations who did not seize the moment, and history judges them harshly. If we don’t grasp the moment now as labor, history will judge us harshly. Our work now is to bring all 60,000 of our members, working hand in hand with our member leaders, and our staff, into this movement for justice at work and in our communities.” 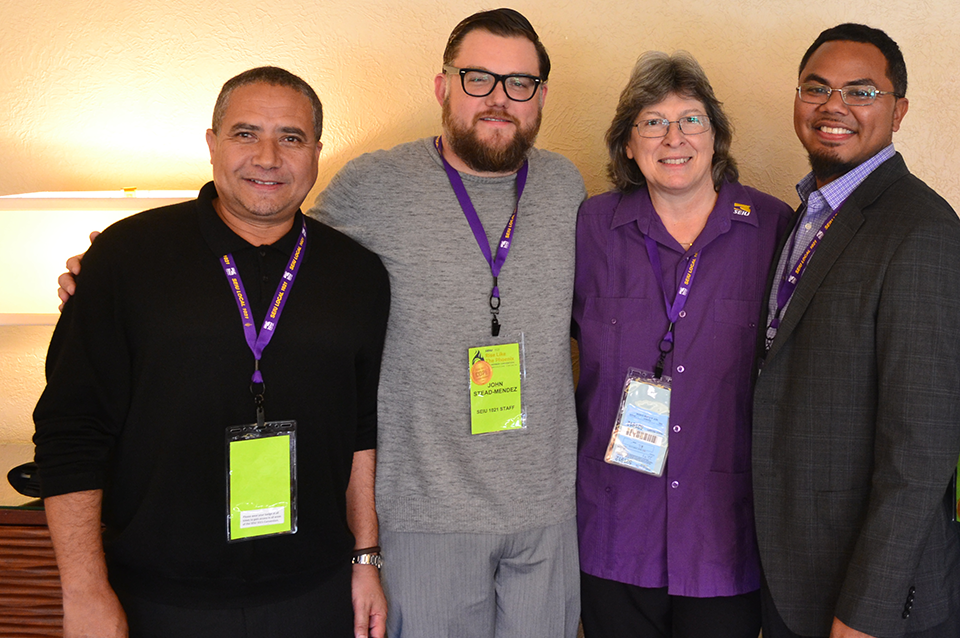 John Stead-Mendez sounded similar notes as he reflected on his time with SEIU 1021: “What brought me here was a vision of member-engaged social justice unionism. I believed, and believe, that this idea of member-engaged unionism will revitalize the trade union movement and help the working class, even when it’s not easy. When I got here, members and staff both across the entire union were angry, and they were hurting. The economic collapse had left us in a bad position. Our members were suffering economically, and as public sector workers and unions, we had been painted as the villain by the press, politicians, and others. And the bosses were taking advantage of all of that. It was about so much more than money, or even the cuts our members were taking, we were actually being attacked, and our members felt it in a visceral way.”

“Over time, we struck in different locations, and started to fight off the austerity measures we had been seeing politically and from our employers. Our staff and members started to unify around  militancy and being strike-ready. It was a wonderful thing to see, because when our members have the most on the line, that’s when they’re at their best.  In the moments when things are hardest, they can make hard decisions, and it’s been amazing to witness.”

“As I think about my time here, I find myself reflecting on the old adage that ‘Solidarity is a verb,’ and it makes me want to thank the staff and the members of this union for doing solidarity. The opportunity to do solidarity with this union and these communities of activists has been amazing. To be a part of that and see people grow, I’m most grateful to have had the opportunity to do that with so many people here. I’m proud of what we’ve done together as leaders in the union movement in Northern California, and I’m excited to see what this incredible organization takes on next.”