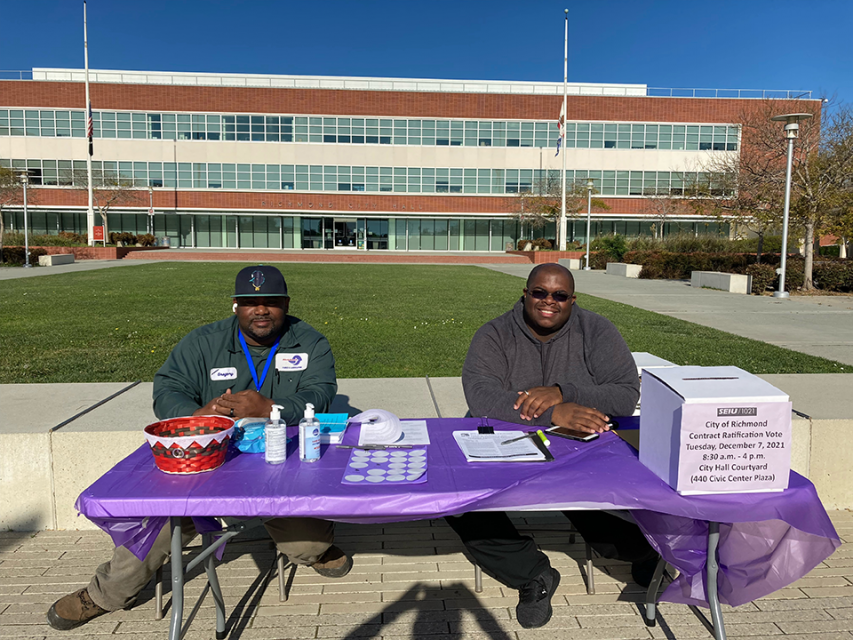 City of Richmond part-time workers ratified their new Memorandum of Understanding unanimously last week. The new agreement brings the part-time contract into alignment with the fulltime agreement for the first time in years, and brings big wins to the group, including their first COLAs since 2015, a pro-rated signing bonus, a classification and compensation study, improved bilingual pay and shoe allowances, a simplified, strengthened grievance procedure, and new, stronger union rights. (Full details available here.)

Mapuana Ku’ulei-U’i Bal, who goes by U’i, has been a recreation program specialist with the City of Richmond for more than 20 years, working with developmentally delayed adults and children. “I love my job,” she said. “Not everybody can say that.”

She brought her wealth of experience to the bargaining team: “I learned a lot from the women who originally fought for the part-timers at the City of Richmond to have an MOU with the City, like Sharalyn Babb, Linda McPhee, and Juanita Taylor. This time around was a little bit different: after we got the fulltime unit’s bargaining done, we moved on to the part-time contract. This was a challenge, because we had not renegotiated this contract for many years, so there was a lot of language that had to be updated to make us current and keep it consistent with the fulltime contract that we have done so much hard work on.”

The new contract for part-timers is a substantial step forward for the group. U’i said, “It’s really exciting. We part-timers have needed something like this for a long time now. One big help is the COLA. At a time like this, the COLA is like the light at the end of the tunnel, and it can only get brighter from here!  This is exciting, because it’s new, and now we can look toward the future.”

The victory, she said, came from an informed, unified group of members: “I believe there’s power in numbers, and that information is power. Having the folks we had on the bargaining team, and having the information we had about the City, we were able to move forward together and win a strong contract. With what we know, we were able to help people, not just at work, but in their lives.”