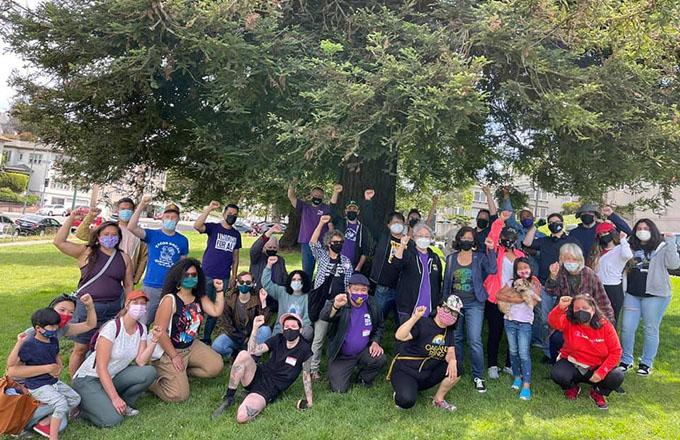 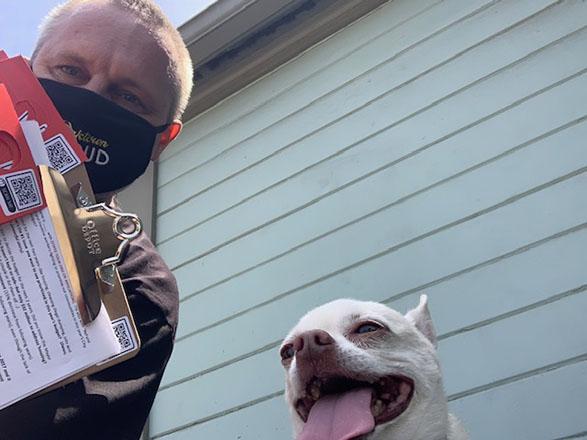 On Saturday, June 6, SEIU 1021 members joined community members in the Refund Oakland coalition to knock on doors and talk to their neighbors about a city budget that invests in our residents, our working families, and our frontline workers. This partnership between union members and community members has driven a change at City Hall in Oakland, as a newly elected City Council has pushed back against Mayor Libby Schaaf’s austerity budgets. The Refund Coalition, which includes SEIU 1021, IFPTE Local 21, APEN, ACCE, EBHO, EBASE, and many other groups, is keeping the pressure on to pass a People’s Budget that invests in housing, clean streets and beautiful parks, good jobs and city services, and safe communities.

Steven Lavoie is a Senior Librarian at Oakland’s Main Library.  He has worked in Oakland for more than 30 years, including 20 years in the library system. He serves as the City of Oakland chapter’s Delegate to the Committee On Political Education (COPE), and says it’s vital for our union to partner with the community to fight for the common good: “I’ve lived and worked in Oakland for a long time. Historically, there has been a difficult relationship between us — City workers and SEIU 1021 members – and our elected officials. It has often felt like they weren’t prioritizing quality of life or quality of services so much as trying to serve rich folks in the hills by saving money. Working with the coalition has really changed the dialogue, though. We’re creating a collaborative process to make a difference for working people and for our community.”

He continued, “The community will support us when we go talk to them. We have worked with the City’s budget for a long time, and we can tell them where the money gets spent. We can show them how to invest the City’s money to improve quality of life and have the most benefit for the community. We can make our community safer by investing some of the money that currently goes to law enforcement in social services, like libraries, recreation centers, and senior centers. Going out and speaking face to face with our neighbors is a way around the Mayor’s bully pulpit, which so often directs the conversation in inaccurate ways.”

To help guide and fund our union’s political efforts, please consider joining COPE. You can do so at the following link: https://memberlink.seiu1021.org/SEIU1021MemberApplicationStep1.aspx