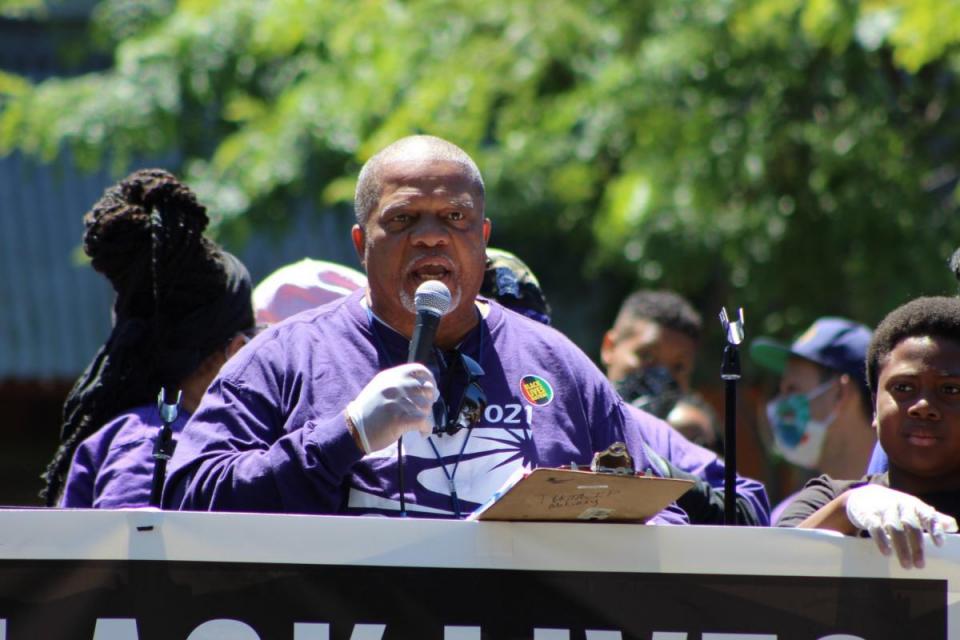 For years, the City of Oakland had a simple, common-sense approach to drug and alcohol use: if a worker was thought to be impaired at work or under the influence, they would be sent for testing. However, in recent years, some members of the City’s administration started to try to impose a new standard, with a long list of specific job classifications and reduced flexibility for departments. Worst of all, the testing under the new policy was a urine test that would show only the presence of cannabis in the worker’s system, not impairment. In a city where cannabis had been legalized, and is in fact a significant source of City revenue, this proposed double standard was draconian and at odds with Oakland’s values.

Members stepped up and fought back against this policy, testifying at City Council meetings and making their presence felt. Meanwhile, the chapter made it clear to City representatives that the new policy was completely unacceptable. In the end, City Council member Rebecca Kaplan introduced a City ordinance that prohibited testing in most cases, leaving exceptions open for federal requirements for certain jobs and for cases of suspected impairment. The ordinance was based on a state Assembly bill, AB 1256, which is currently in committee.

The City of Oakland chapter’s Chief Steward Dwight McElroy said, “Impairment on the job is unacceptable, but in our experience, this has never been a problem for our workforce. Our members were being punished for legal activity when they had not been impaired at work. As a union, we’re always striving to better ourselves and our working conditions, and we take every opportunity to benefit Oakland’s residents and improve service delivery: what the City was pushing for here didn’t do any of that. We didn’t understand why they would want to spend time going backwards. That’s why we fought against these changes.”

Chapter president Felipe Cuevas told the San Francisco Chronicle, “The current testing does not prove impairment at work or at the time of the test. It’s just not fair.” He followed up by saying, “The City can’t punish people for legal activities off the clock. As an employer, the City was going in the opposite direction than the city itself, and we had to stand up for our rights.”

While the ordinance has passed, the chapter is still on alert, as the City administration has a habit of failing to implement directives from Council. Members are currently planning follow-up pressure tactics, including calls and letter-writing campaigns in case they don’t see compliance with the new ordinance.