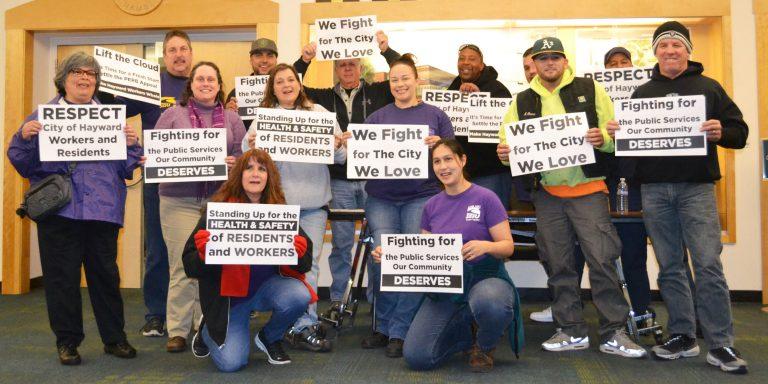 “A 17% cut in take-home pay forced people to retire from jobs that they loved,’” said Gil Hesia, Senior Utility Leader and President of City of Hayward Maintenance Chapter. “Bargain with your workers fairly.”

City of Hayward workers’ contract expires at the end of June, and they’re making sure they’re united to hold Hayward Administrators to their promises.

Megan Bucci, Senior Secretary and President of City of Hayward Clerical Chapter said, “We’re looking forward to getting to the table and negotiating a fair contract. This time the City says that they want to bargain in good faith—and we’re going to hold them to that promise.”