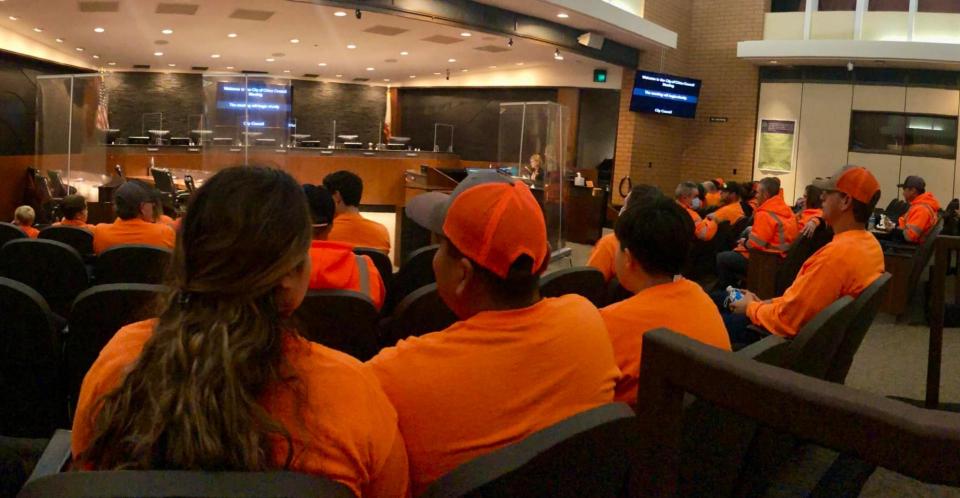 Public Works members are responsible for vital operations and maintenance. For example, when storms knock over trees and debris blocks the roads, Public Works is there to ensure that commutes are smooth, school buses and ambulances can get through the streets of Chico and more. However, most of the workers cannot afford to live in the city; the majority of them commute from 30 minutes to an hour away and they haven’t seen a wage increase in twelve years.

While City Council was meeting to approve hiring a new Director of Engineering, membership came out in large numbers to talk about grievances a dozen years in the making. “…we’re trying to gain their support and trying to do that through educating them on what we do and what we bring to the city, what we bring to the table. Hopefully, they got the message,” senior maintenance worker and Chapter leader James Erven told Action News Now.