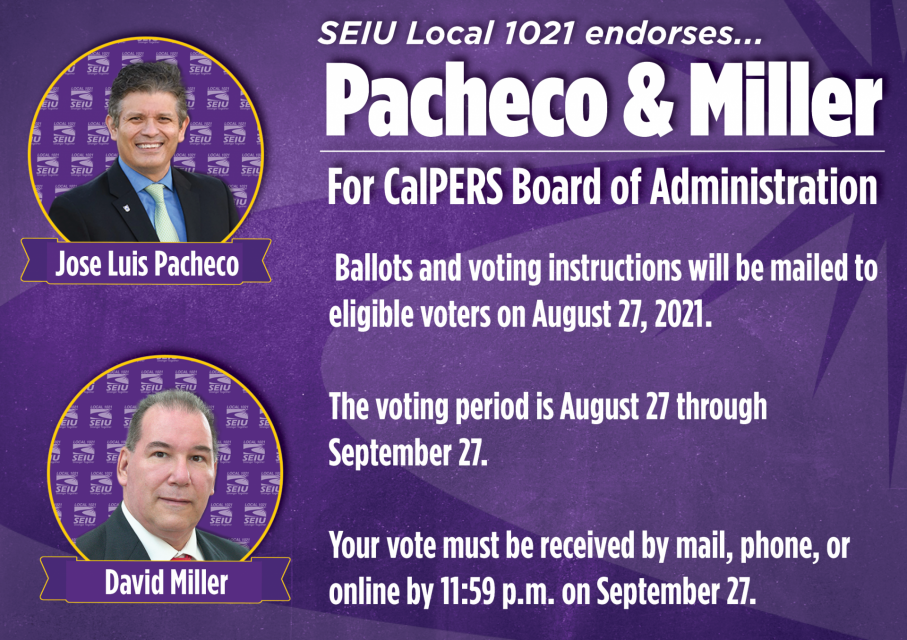 Cynthia Landry, the chair of the SEIU Local 1021 Retirement Security Committee, speaks about the importance of CalPERS, particularly on the diversity of its governing Board of Administration, and supporting labor:

“It is vital that we have members on the CalPERS Board of Administration who advocate for the labor movement, unionized workplaces, and support California’s workers. We need CalPERS Board members concerned about workers’ rights, not just the profit motive of a company’s CEO. Having Board members that come from labor, supported by labor, and know the labor struggles makes all the difference. We need members on the Board who understand what it is like to retire with dignity and respect after putting in many years of hard work.

Having that kind of diverse, labor-focused background is critical. CalPERS states that diversity helps fulfill the promise made to our members that the pension they earned will be there when they retire. A broad array of studies shows this to be true of corporations guided by diverse boards and executives – that they achieve better investment returns. The CalPERS corporate governance and sustainable investments programs work alongside public companies and external managers to advocate for the added value that diversity and inclusion bring.

While not immediately connected, how CalPERS controls health care costs can bring us closer to a single-payer, Medicare for All health care system. Having Board members who can push CalPERS to exert the market power of its over two million members can bring about a massive shift in how health care is managed, the quality of care, and administered.

That is all to say; it is all the more decisive why retirees, active public employees, all CalPERS members participate by voting in the upcoming election. We have two labor-backed candidates, David Miller and Jose Luis Pacheco, running for CalPERS Board of Administration. Miller is running for re-election to the At-Large Seat A, and Pacheco is running for At-Large Seat B. Both candidates come from labor. Miller is a union leader of the California Association of Professional Scientists. Pacheco is the president of the California School Employees Association, Chapter 363.” 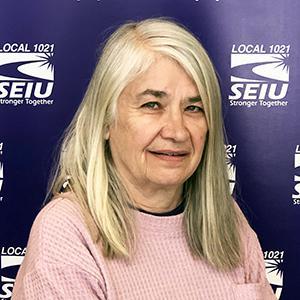