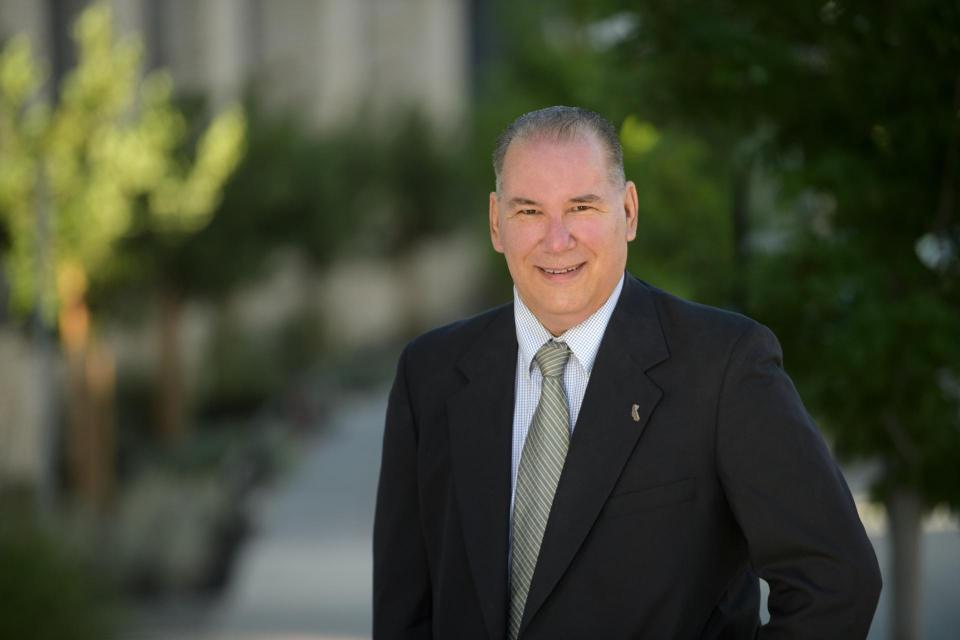 Managing the largest public pension fund in the United States for more than 1.9 million California public employees, retirees, and their families takes a kind of experience, perspective, and platform that Miller is running on for the CalPERS Board.

From his first-hand experience witnessing the importance of pension and health care benefits to his outlook on leading CalPERS, Millers speaks about his background and current run for the CalPERS Board:

“As a child, I saw my grandfather, who had spent nearly his entire adult life working as a proud union machinist, at the Armstrong Cork Company, now Armstrong World Industries, in Pittsburgh, Pennsylvania. When he retired, he expected to live off a modest yet comfortable pension and health care plan. However, the company had squandered the funds for its workers, and the pension he had earned was far less than he had been promised. I saw my grandfather spend his golden years living in a tiny, little studio apartment. Ever since then, I knew the vital importance of a union and retiring with dignity and respect, and having a pension and health care benefits set up for your retirement hits close to home. I know this now, more than ever, as a dues-paying member of the California Association of Professional Scientists.

Our pensions, health care benefits, and livelihoods are under attack from the right-wing. We need members on the Board of Administration who understand and appreciate the importance of what CalPERS represents for more than 1.9 million California public workers, both active and retired. I remember when former Republican California Governor Pete Wilson attempted to wrest critical powers from the CalPERS Board and launched a major assault on our members. We need board members who will fight back against right-wing attacks, just as I opposed Governor Wilson’s CalPERS raids.

We know that our pension system has worked well for almost a century and has been the best way to approach managing pension and health benefits for public employees.

In 2017, I won with sixty-four percent of the vote in the first round, avoiding a run-off election. I view my victory as a victory not only for myself but for the labor movement. We need to elect members to the Board who represent the interests of our active and retired working-class members. We need Board members who are dedicated to serving all our members, from state government workers to education workers and beyond.

We don’t know how the political tides will change, just as it was with Wilson in the Nineties. With the possibility of Democratic Governor Gavin Newsom being recalled next month, anything can happen. That is all the more reason why we need strong, pro-labor members sitting on the CalPERS Board.

This election is essential to protecting our public employees’ pensions and health care benefits. We have seen our not participating in the political process by voting led us to former President Donald Trump. We need Board members who will protect our pensions from right-wing attacks, maintain the 100/90 formula and access to quality, affordable health care, provide affordable prescription drugs, maximize investment returns, and promote integrity, transparency, and represent working-class interests.

You may vote online, by phone, or by mail between August 27 to September 27. However, don’t sit this election out and don’t procrastinate. Like the 2016 and 2020 presidential elections, this election hinges on turnout. Detailed voting instructions will be included in your ballot package being mailed out at the end of the month. Make sure to read the candidate statements and find out who is supports which candidate for the Board. I come from a family of labor, and I am proud to have earned the endorsement of SEIU California, Locals 1000, 1021, 521, 721, 99, and more unions across California. Just as I have done over these past four years, I will do my utmost to fight for the diverse group of support I have earned on this campaign for my re-election.”