Berkeley City Workers Overwhelmingly Vote To Authorize A Strike By 99% 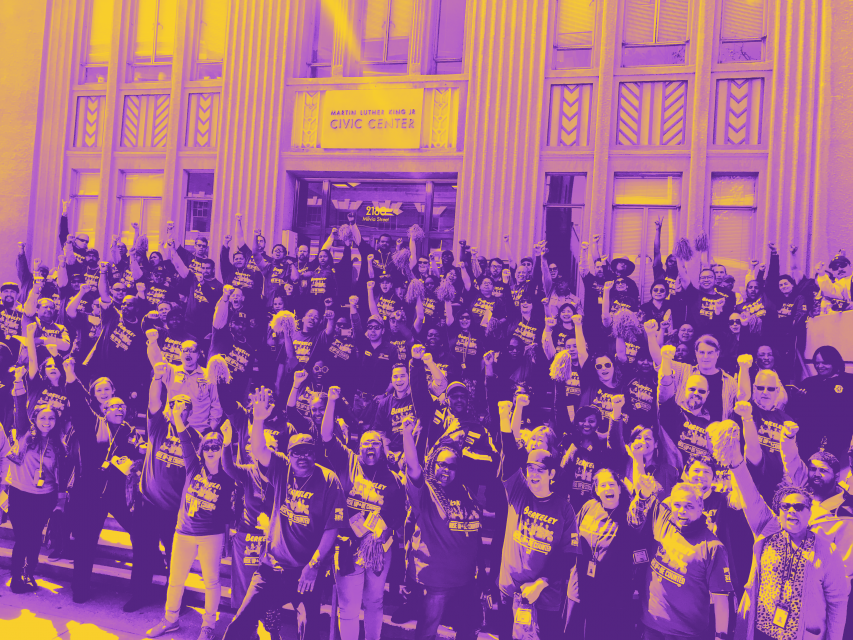 (Berkeley , CA) – Ninety-nine percent of the hundreds of city workers who voted at Berkeley City Hall authorized their bargaining team to call for a strike.  A strike date has not been set.

In addition to the unfair labor practices committed by City administrators, Berkeley workers’ calls for safer working conditions remain unanswered. Following the 2016 death of Johnny Tolliver, a Zero Waste Truck Driver, workers responsible for difficult, dangerous, and dirty work maintaining city streets and facilities want stronger safety protections. The City of Berkeley has been fined by Cal OSHA nearly $100,000 for the accident and the conditions surrounding the accident.

“Our jobs are one of the top 10 most dangerous jobs in the nation. City administrators are ignoring our plea for improved safety on the job.  We don’t want another person to suffer another death because of deteriorating working conditions,” said Danny Walker, a Solid Waste Truck Driver and President of the Maintenance Chapter of SEIU 1021.

Contract negotiations for Berkeley’s maintenance and clerical employees have been going on for two months and are scheduled to end June 16.

SEIU Local 1021 represents over 54,000 employees in local governments, non-profit agencies, health care programs and schools throughout Northern California. SEIU Local 1021 is a member-driven organization with members who work to make our cities, schools, counties and special districts a safe and healthy place to live and raise our families.