1021 members in San Joaquin, Amador, and Calaveras counties are showcasing their union strength 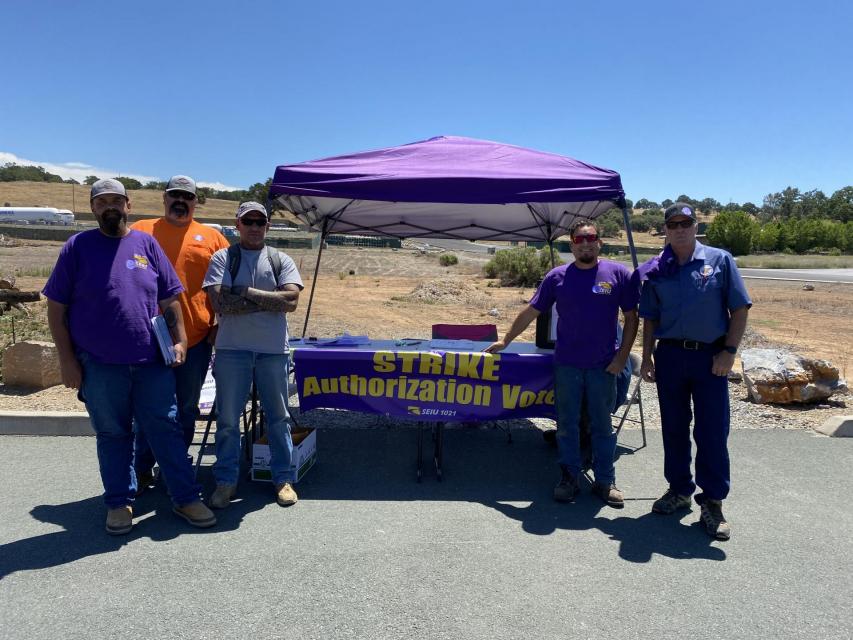 Recent contract victories by members at the Calaveras County Water District, the County of Amador, and the San Joaquin Superior Court have showcased just how important it is for our communities to fund crucial frontline services—and our strength as a union has shown what we can accomplish when we work together.

These recent victories also highlight the wide range of vital services that SEIU 1021 members provide to our communities. Every day, thousands of residents and businesses rely on us for water delivery, waste disposal (sanitation), and flood control, and water conservation. We are working in county departments including social services, mental health, public health, animal control, the assessor’s office, library, building department, and beyond. We are making sure our justice system is accessible and receptive to the needs of residents. We need to be able to attract and retain staff to do this vitally important work.

Members at the CCWD do the critical work of providing water and sewer service to the residents of the Calaveras County. Thousands of residents and business rely on them for water delivery, waste disposal (sanitation), and flood control and water conservation.

Jeremy Wood, distribution worker and a negotiator on the bargaining team, said, “The cost-of-living adjustments are vital. With workers getting raises for the next five-year period, we can stay competitive. The new contract will be great for recruitment. We went all-in as all classifications were united at the bargaining table. I am genuinely happy with the results and what we could win for all Calaveras County Water District workers.”

Mike Samarano, the supervisor for the Mechanical Division and a negotiator on the bargaining team, said, “What’s different about the most recent round of contract negotiations was the unmistakable sense of unity among all the Calaveras County Water District workers. Classifications of every kind came together. Our unity was never more apparent than all of the workers voting one-hundred percent for strike authorization. The tentative agreement prevents us from falling behind the curve and staying competitive. We have asked for a match for deferred compensation with our 457 plan in the past three to four contracts. With this new contact, we got a company match of $1,000 on year two of the agreement. Because the contract will be for five years, I feel a sense of relief. We can get back to the work of providing water and sewer service to the residents of Calaveras County.”

Our members serving the County of Amador also banded together to win a strong new agreement that invests in frontline workers. Day after day, these members serve their communities in social services, mental health, public health, animal control, the assessor’s office, library, building department, and beyond.

Christian Tucker, Master of Public Health, a Health Educator for the Amador County Public Health Department, said, “Being in these negotiation meetings and all the pre and post-team meetings, I can say for the fact that this contract was hard-fought. It equates to approximately a 6.5 percent or more total pay increase over two years if you include the matching 457. I am happy with this result and grateful to have my coworkers at the table with us. We will have another tough negotiation two years from now, and we will probably need to fight for an even higher COLA then.”

Bethany Ford, who works as a Staff Services Analyst II for Amador County, said, “The contract negotiations were a big learning experience and a fascinating process. I am happy with the outcome, as well, and also think it was a hard-fought contract on many fronts. We are stronger because of these gains.” 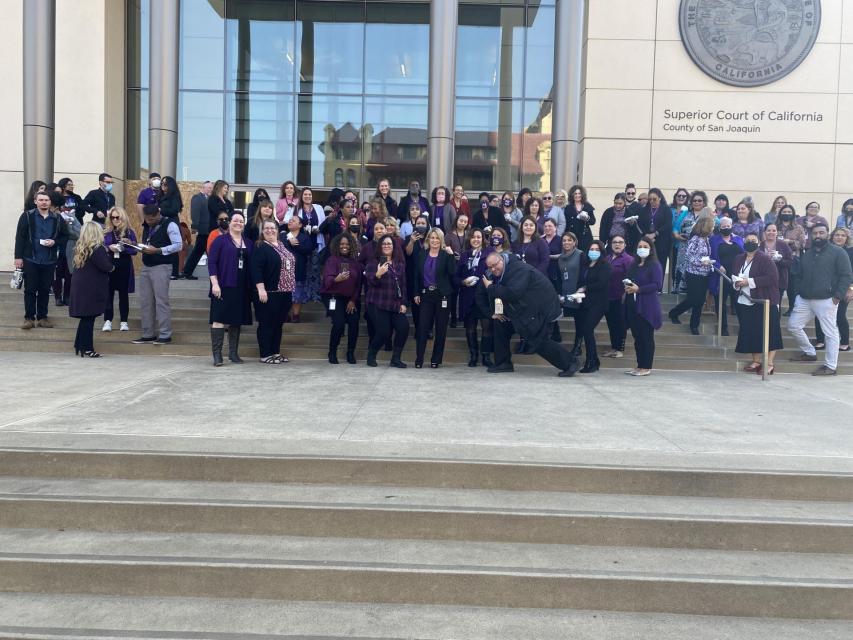 Justice delayed is justice denied, and without our members working in California’s courts, people would not have the speedy access to the justice system that they need.

The bargaining team for San Joaquin County Court members, made up of Elena Anaya, Raelissa Grant, Rafaela Gutierrez, Tim Robinson, Susan Schumann, Erin Spoonhour, and Jennifer Whitlock, had the following to say about the contract victory, “Due to your immeasurable strength and unity, the bargaining team made compelling arguments on your behalf that we believe were heard by management, causing them to come up with another one percent cola for year three. You can be proud in knowing that your membership in a strong union made that all possible, and by coming together, you all made a difference. We would like to sincerely thank you for your endless support while we were at the table negotiating. Your voices mattered! Never forget that we are stronger together!”