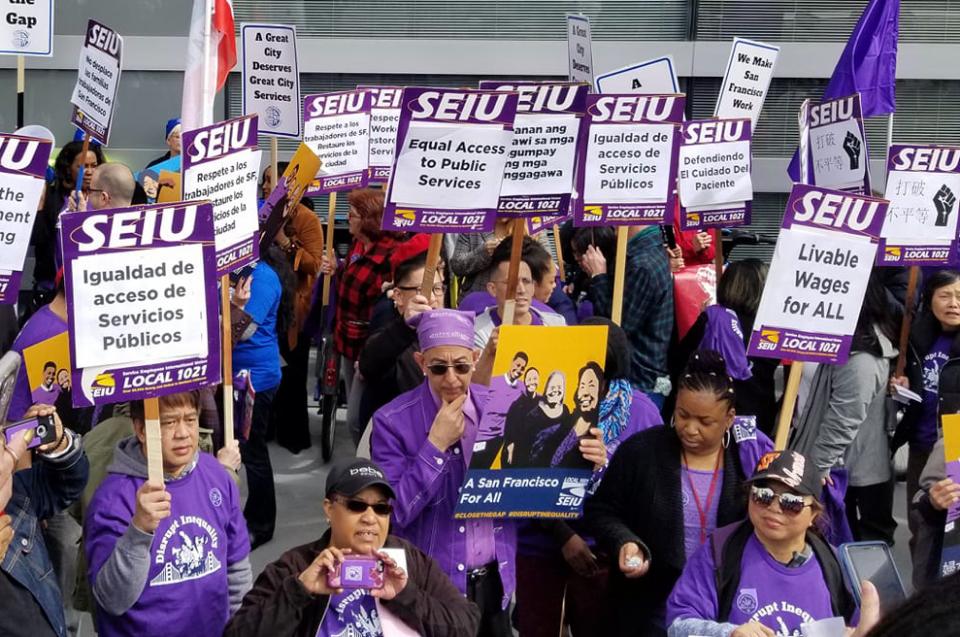 On March 7, more than 1,000 San Francisco workers and community allies protested in front of the headquarters of the SF Municipal Transportation Agency and the city’s Human Resources Department to demand City Administrators take immediate action to stop sexual harassment and end gender discrimination across city departments.

“We will not stand by and condone complicit behavior that is hurting and shaming women and people of color for speaking out. We will not be bullied. We will not be silenced,” said Nicole Christian, an employee at SFMTA and a member of SEIU 1021’s Erase Racism Committee. “We will not be ignored. Until the City does something about harassment and discrimination throughout city departments, we will flood City Hall, take to streets, and do whatever is necessary to end systemic racism and to stop the oppression of women in our city.”

The city of San Francisco employs the most women of color in the Bay Area in its departments, hospitals, clinics and agencies. However, the city’s women of color employees hold lower paid and less stable positions.

Theresa Rutherford, a Laguna Honda Hospital patient care assistant and SEIU 1021 San Francisco Vice President-elect, said, “We’re proud that our city’s mayor is a woman of color, who was raised in San Francisco, who can lift up the issues facing our community. We’re urging Mayor Breed and our city leaders to address the pay gap, sexual harassment, and racial and gender discrimination facing thousands city workers.”