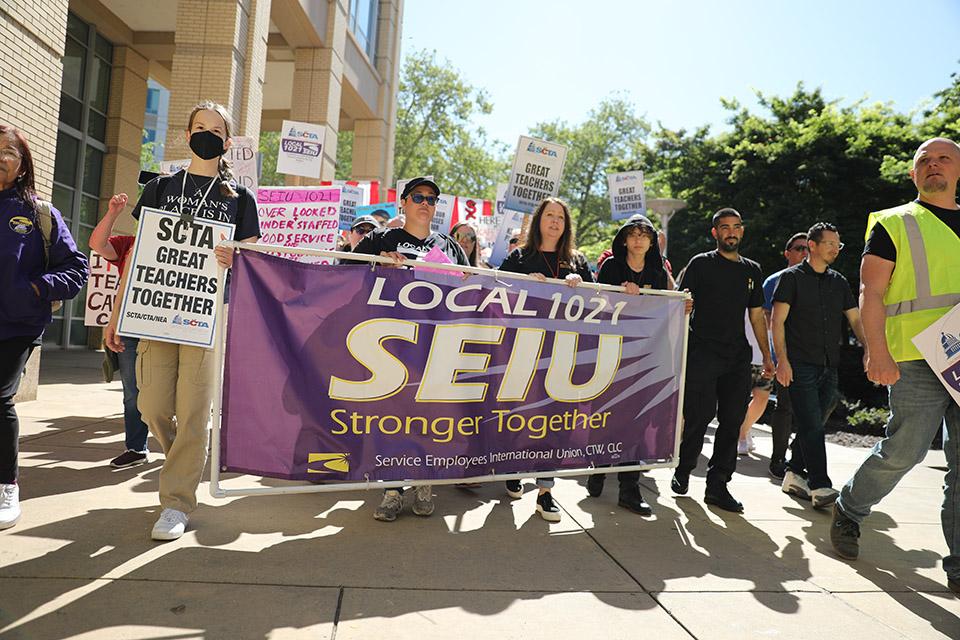 After a full day of pushing Sacramento City Unified School District to provide counterproposals to address the District’s classified staffing crisis by retaining and recruiting workers to fill the 400 vacant classified positions, the SEIU 1021 bargaining team has requested that the District return to the table at 10am Monday morning.

“We are eager to go back to work taking care of Sacramento City students. Right now, we are still waiting on the District to respond to our counterproposals,” said SEIU 1021 SCUSD Chapter President Karla Faucett. “ We have requested the District come to bargaining with us at 10am tomorrow, and we are ready to keep working until we have a fair deal that will help us retain and recruit the staff our students so desperately need.”

Talks between SCTA and SCUSD began at 1:30 p.m. and continued until late into the night Sunday and are expected to resume on Monday. While some progress was made, district negotiators have avoided addressing major issues such as competitive wages that would help to recruit new teachers to the district. The district also has not removed its demand that educators subscribing to traditional health plans pay thousands of dollars out-of-pocket to maintain coverage.

Sacramento County Supervisor Phil Serna and Sacramento City Council member Katie Valenzuela participated in Sunday’s bargaining session. Both urged the district to accept the fact-finder’s report and SCTA’s proposals. The two elected leaders stated in writing that SCTA’s  proposals “are reasonable, will help SCUSD address the staffing crisis, and will bring the strike closer to an end.”

On Monday, a rally in support of striking educators and school workers, featuring famed civil rights and labor leader, Dolores Huerta, the co-founder of the United Farm Workers, is scheduled for 11 a.m. at Rosemount High School, 9594 Kiefer Blvd., Sacramento.