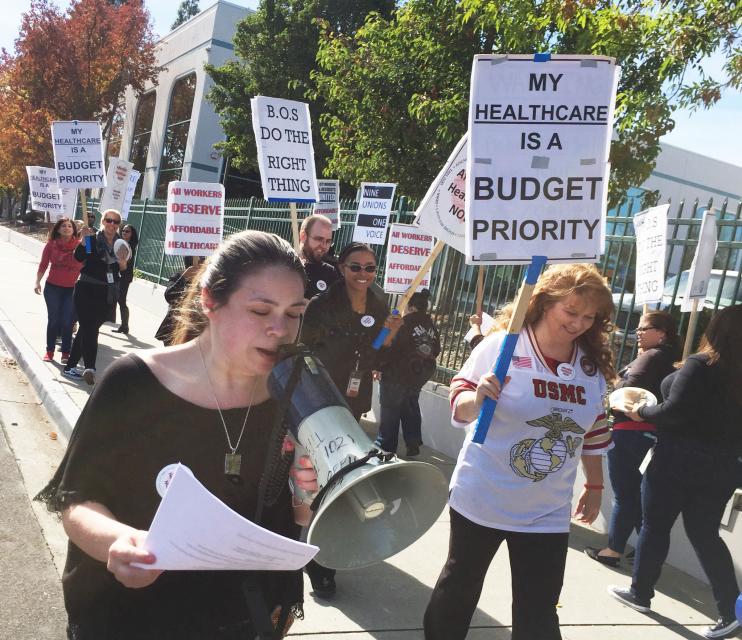 Three months ago, SEIU 1021 members joined a 9-union coalition to negotiate with Contra Costa County and put an end to runaway healthcare costs. The campaign used strength in numbers to win a new contract with guarantees for a fairer healthcare cost-share with the County, increased wages for the next three years, a seat at the table with the County and health plan providers to keep premium increases in check, and much more.

Putting a stop to healthcare increases was a priority for Contra Costa County Chapter members, who shared their personal stories throughout the campaign. The single mother with diabetes who had to remove her child from her healthcare plan because she could not afford the added premium cost will now be able to once again obtain full coverage for her family. The member living paycheck to paycheck while caring for an elderly relative will now be able to afford the basics with a little more ease. And the members who shared that they chose healthcare over rent, moving from one friend’s couch to the next, are now closer to more stable living situations.

“Ultimately, it was our collective action that made the difference. Over the last three months, we placed hundreds of phone calls to members of the Board of Supervisors, rallied and made public comments at Board of Supervisors meetings, collected more than 2,000 employee petition signatures, and engaged in solidarity pickets at a dozen County worksites – all of which created the pressure and leverage we needed to come to a fair agreement with the County,” said Catrina Beverly, an Eligibility Specialist III.