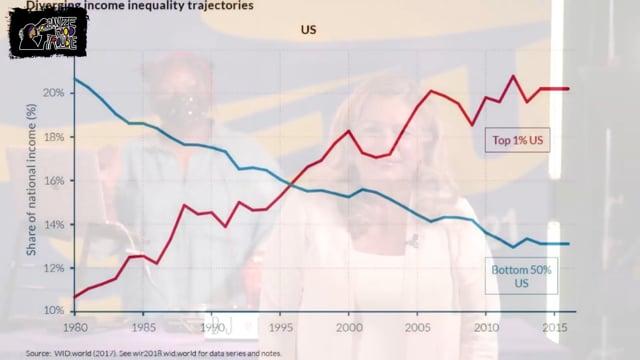 Unions like SEIU 1021 have always been the most powerful check on corporate power and income inequality—and after decades of attacks on labor rights and unions’ political influence by the corporations who profit mightily from exploitation and the right-wing politicians whose campaigns they fund, it’s more critical than ever that strong unions like ours work overtime to balance the playing field.

The 2021 convention’s second guest speaker, award-winning labor journalist and author Steven Greenhouse, highlighted the great opportunities for labor today: record-high approval of unions; increasing demands from low-wage workers for fair pay, benefits, and safety on the job; and huge interest in unions from younger workers. Still, he said, the challenges labor faces are huge. “In no other industrial nation do employers fight so hard to defeat, indeed quash, labor unions.”

What’s the recipe for beating back these attacks, bolstering unions, and making economic justice a reality in the U.S.?

Convention delegates voted by 96% in support of the economic justice plank, committing our union to build union power, both in our shops and in our communities, by continuing to seek new revenue measures; holding elected officials accountable; supporting Black Lives Matter and Stop Asian Hate while fighting all forms of discrimination and hatred; working to move funds from policing to services; and continuing to build militant, strike-ready bargaining units to fight against concessions, among others.

The full economic justice plank is below. 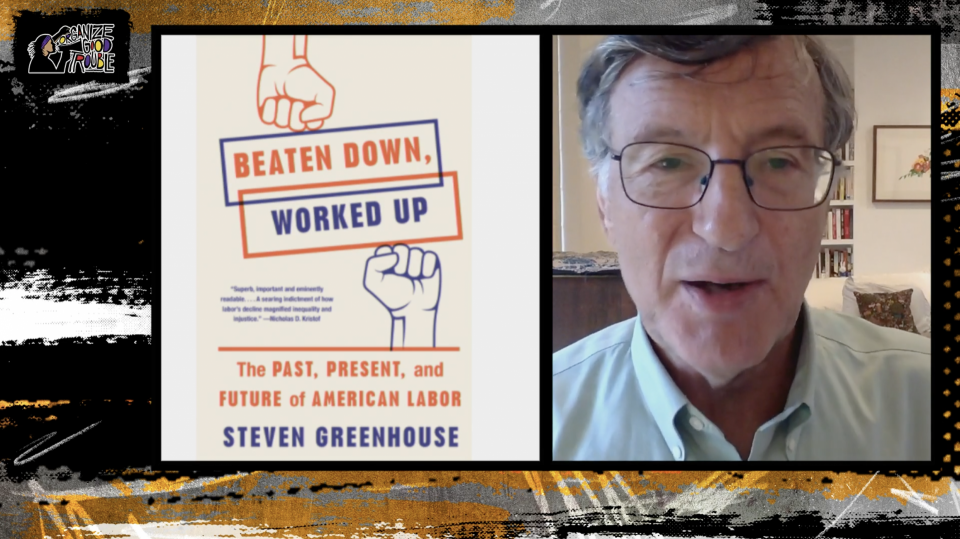 Economic Justice for Our Families and Communities

For more than a hundred years, the workers who provide services to the public have come together in SEIU to improve our lives. Whether we are fighting for members in the shop, at the bargaining table, in the halls of government, or in the streets, we are building power to improve the lives of our families and the people we serve in everything we do.

For decades, we have demonstrated the necessity and importance of recognizing our common struggles in our fight for economic justice; this last year and a half have underscored how this fight is more critical than ever.

During the COVID-19 pandemic, we’ve had to fight hard to protect our members against mass layoffs and job losses. We’ve bargained agreements to win health and safety measures that protect both our members and not-yet-union workers who are fighting for a voice on the job. We remain committed to continuing this work.

While we have been fighting for safer working conditions and against layoffs, the richest billionaires were watching their wealth grow by $540 billion during the pandemic. These are the same people who use their fortunes to try and shrink the size of government, remove environmental regulations, and privatize services.

SEIU Local 1021 is committed to fighting against wealth inequality by improving wages and working conditions and fighting for a union for all working people.

Healthcare, a basic human necessity, becomes annually ever more expensive even as we continue through the most devastating pandemic in 100 years. Medical costs are now the leading cause of bankruptcy in the United States. Around the world, more than 70 nations provide universal healthcare coverage to their populations.

Today, profitable corporations are pushing wages down, causing more than 64 million people to work for less than $15 an hour. Even with multiple jobs, people are unable to make ends meet no matter how hard they work. Most are people of color. In fact, Black and Latina women are more than twice as likely as white men to fall into jobs paying less than $15 an hour. We need a radical redistribution of wealth in this country.

Workers with disabilities face systemic exploitation. Because of loopholes in federal law, employers are able to pay workers with disabilities subminimum wages. SEIU Local 1021 is committed to advocating for disabled workers through unionization and increased standards. SEIU Local 1021 will continue fighting for $15 an hour and a union for all workers, including workers at fast food restaurants and those workers in the gig economy now doing piecework. It is shameful that during this pandemic, nearly 650,000 people have died from COVID-19 in the United States alone. Many low-wage and frontline workers are still forced to work in dangerous conditions without proper PPE or safety standards.

Our union has been in the forefront of fighting wealth inequality across Northern California.  From the bargaining tables to the streets and the ballot, 1021 members are fighting to redistribute wealth back to the working class in fast food restaurants, the gig economy, and beyond.

As we face austerity attacks against our wages, benefits, and the services we provide, employers are aggressively outsourcing our work to save on labor costs and to line the pockets of the wealthy. This trend has eroded the quality of services to our community and threatened well-paying union jobs. We are committed to restoring our services, providing pay parity for private sector workers, and fighting against contracting out.

After beating back attacks on our members during the COVID pandemic, we plan to double down on our fight for economic and racial justice.

So be it resolved: