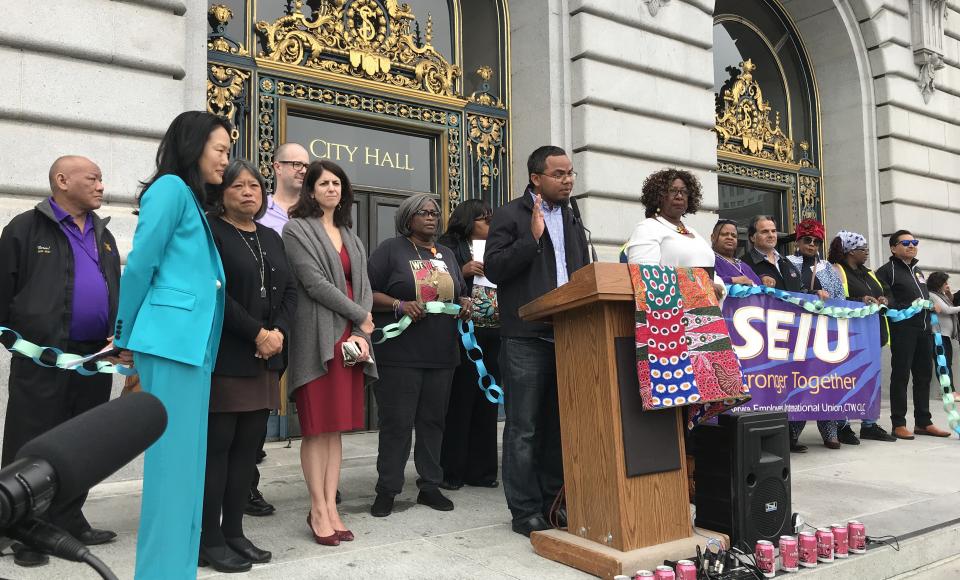 At a press conference in front of San Francisco City Hall on June 19, workers from the San Francisco Medical Examiners’ office and the Department of Public Health,spoke about lack of diversity, hiring and promotions based on racial stereotypes, and disproportionate disciplining of African American workers

“We’re demanding an end to these threats and unfair treatment.  We are asking city leaders to address the systemic issues leading to the unfair treatment of workers of color. We pride ourselves as a city that respects and welcomes everyone,” said Joseph Bryant, an SF City worker and SEIU 1021 San Francisco Vice President, “but we must practice what we preach. That’s why we need to hold our City’s departments to higher standards and ensure that they’re not perpetuating racism in our workplaces or communities.”

San Francisco Board Of Supervisors are taking these allegations seriously. On July 18 at 10 AM, the Government Audit and Oversight Committee will be conducting a hearing regarding racism and discrimination in SF City & County Departments.  SFCC members who have experienced discrimination at work are being encouraged to come out and testify.