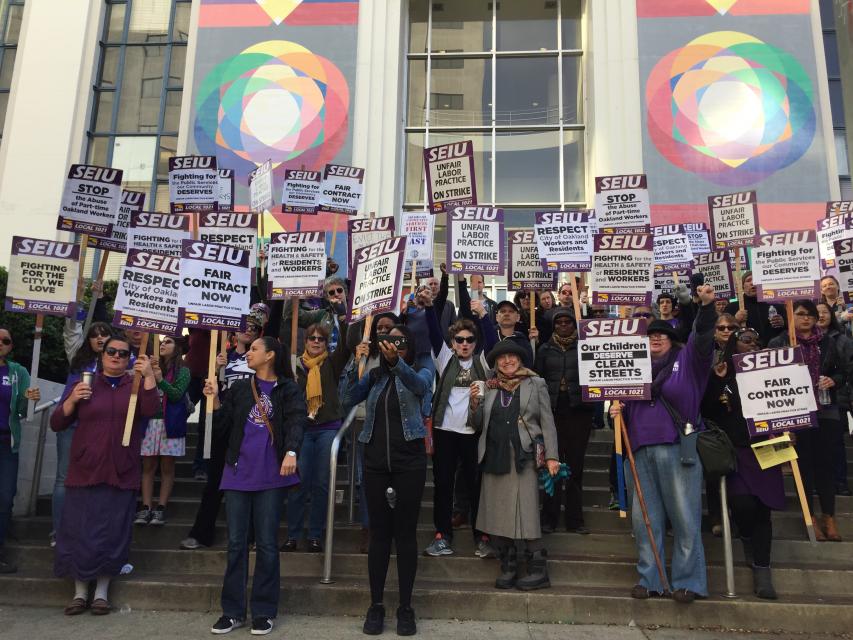 Bringing more than ten months of bargaining to a close, the Oakland City workers represented by SEIU Local 1021 ratified a two-year contract with the City of Oakland on Friday, February 23.

With provisions that increase worker safety, provide cost of living adjustments, and address the working conditions of police and fire communications dispatchers, the contract takes steps to improve public services to Oakland residents and businesses.

“This contract makes significant progress towards making Oakland a safer, fairer, more equitable place to work.” said Jeff Haymon, a City of Oakland Police Evidence Technician and SEIU 1021 Oakland Chapter Vice President “Oakland still has a long way to go on a number of issues, including the ongoing overuse of temporary employees, and we will continue to work with the City to improve conditions for employees and services for residents.”

The next step for the contract to go into effect is its ratification by Oakland City Council.