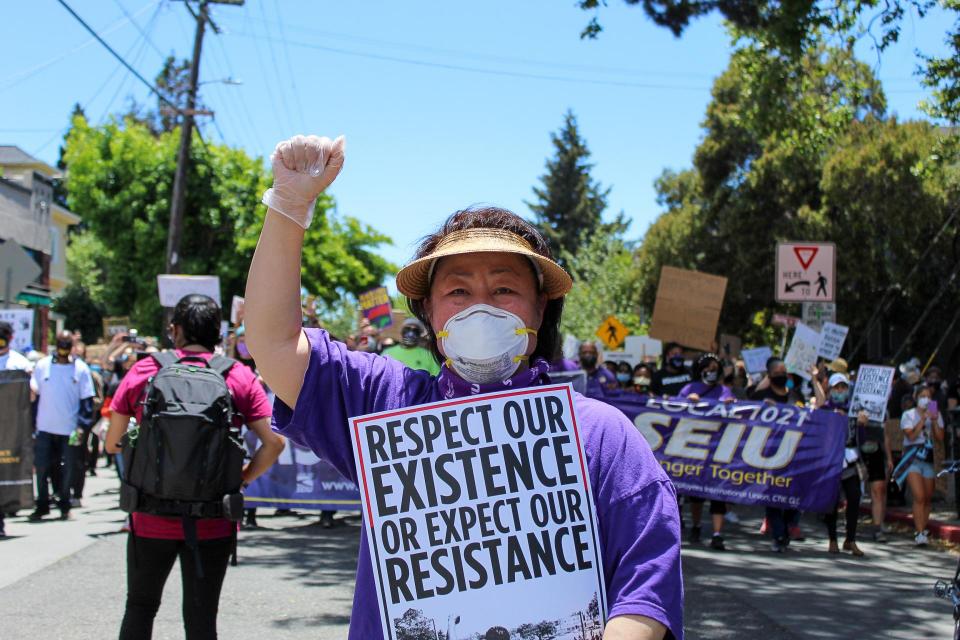 Asian American and Pacific Islander workers are a force in the labor movement. In honor of the AAPI community, we’re celebrating their contributions and lifting up powerful leaders like Yeon Park, our Vice President for the East Bay Region.

Yeon said, “I felt I had to step up when I came to the United States, because it really hit me how people were treated differently, based on their race, culture, or how they speak. I had a manager, a typical white guy, who was manipulative and sexist, and would make fun of me in subtle, and not-so-subtle, ways. He’d always try to get what he called ‘the Asian women’ to do certain work, and our director would defend him, saying he was just joking, and just trying to make us comfortable. At one point, I had to reach out to the union, and a friend there told me, ‘You don’t have to fight by yourself. There is a union to help you. This isn’t your fight: this is our fight.’”

“To this day, I still want to fight for gender and racial equality, even though we’ve been fighting for so long. I want to see women judged as equal to men in every way, from skill set to responsibility. My passion is for this union to improve things for working families, with equal pay, affordable housing, and good education for children. We need to make sure the children, working people, working poor, and immigrants are educated, empowered, and uplifted. We’ve got to fight the overwork and undermining we see happen to so many members of the AAPI community, especially women. We’re in these fights, and we’re driving them. There’s a lot of workers who need voices, and through this union, they can get their voices, and make them heard.”